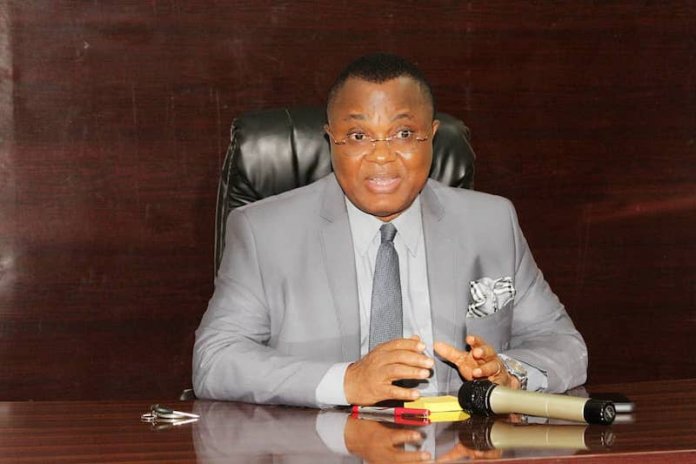 Some aggrieved members of the Senate of the University of Uyo (UNIUYO) have petitioned the Governing Council of the institution over alleged attempt by the outgoing Vice-Chancellor, Prof. Enefiok Essien, to manipulate the selection process of a new vice-chancellor.

In the petition addressed to the Vice Chancellor, Prof Essien, the aggrieved persons demanded that the process be made democratic and transparent in line with the tradition in other universities.

A copy of the petition was also sent to the Governing Council Chairman, Prof. Austin Awujo, and the Academic Staff Union of Universities (ASUU), UNIUYO chapter.

The petitioners alleged that the outgoing VC, whose five-year tenure would end at this year, has flouted the laid down process leading to the emergence of the new VC of the school.

The petitioner said a special meeting of the Senate was held on September 28, 2020, with an electronically circulated agenda tagged: ‘Member of the Senate on the selection board for the appointment of a new VC for the University of Uyo’.

At the meeting, the Registrar, Mr. Aniediabasi Udo, reportedly misled the Senate by lifting, circulating and reading section 4 of the Universities’ (Miscellaneous Provisions) Act 1993, as if that section is part of the process of appointing a new vice chancellor.

The section 4 read: “Where vacancy occurs in the post of Deputy Vice Chancellor, the VC shall forward to the Senate a list of two candidates for each of the Deputy VCs that is vacant (emphasis Registrar).

“The VC willingly guided by the Registrar’s misinformation, erroneously sought and obtained the Senate approval to appoint two Senate members to the Joint Council and Senate selection board.

“This is completely against the age-long known procedure and practice of election of the Senate representative to the Joint Council and Senate Committee.

“We are dissatisfied with the way, the manner and the condition under which the VC obtains Senate ‘approval’ to solely appoint members of the Senate to the Joint Council and Senate Committee because the approval was obtain using misinformation and veiled untruths.”

Speaking to journalists, Prof. Ibia asked the outgoing VC to halt the process and convened a special Senate meeting with a view to arriving at a satisfactory process towards the emergence of the new VC.

However, the Registrar and Secretary to Council, Mr. Udo, while speaking to journalists on the phone from Abuja, denied the allegation of misinformation regarding the selection process, explaining that perhaps, the petitioners were not paying attention to the portion he read at the meeting.

The VC, he added: “Is well versed with the knowledge of the laws of the institution as a Senior Advocate of Nigeria (SAN),” maintaining that he was not in a better position to advise a SAN on matters pertaining to rules, laws and regulations of the university.

No fewer than 10 professors are in contest to succeed Prof. Essien, and are expected another round of screening and selection process on October 5.