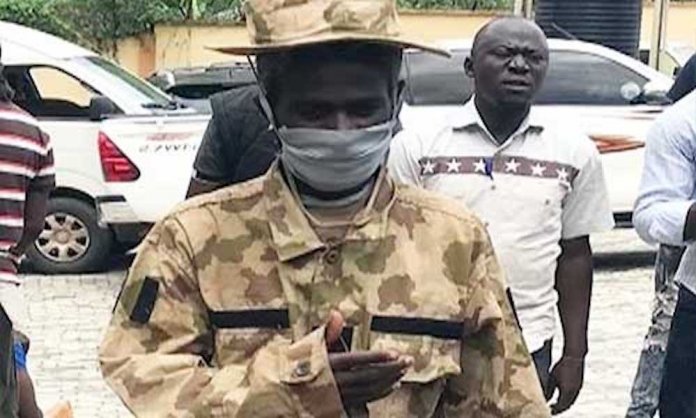 A 30-year-old kidnap suspect, Mohammed Sani, has told the police that he killed more than 50 of his victims because they could not afford to pay ransom.

Sani, who was paraded yesterday by the Force Public Relations Officer, DCP Frank Mba, alongside 46 other criminals at the Special Anti-Robbery Squad (SARS) Headquarters in Abuja, said he carried out his operations mainly within Kaduna, Katsina, Niger and Zamfara states.

He said he was a sector commander in their kidnapping ring and had over 120 men under his command.

Sani, who said he has lost count of how many kidnap operations he carried out, said any of their victims that paid ransom were allowed to go but those that could not were killed.

Mba, who said the suspect was nabbed by men of the Special Tactical Squad (STS), said he has been on their wanted list for a while.

“His area of specialty is kidnapping for ransom and banditry. Occasionally he veers into cattle rustling.

“He belongs to an organised kidnapping gang that has gone ahead to sectorise their operations. “Mohammed Sani is a sector commander within the larger kidnapping and banditry enterprise.

“He has over 100 men directly under his command. Sani reports to another big kidnapper that is on our wanted list known as Yellow Jambros,” Mba said. Also paraded were seven male suspects directly linked with a deadly attack on a bullion van in Abakiliki in Ebonyi on July 29, 2020.

Mba said two of them were dismissed soldiers.

He said the men, after a very elaborate plan that involved them carrying out surveillance on the movement of the bullion van for over two weeks, eventually carried out the attack on the said date.

Mba said subsequently, the men of the Intelligence Response Team (IRT) and other detectives carried out a massive investigation that crisscrossed several states of the federation as the IG ordered a massive manhunt for the suspects.

He said concerted efforts eventually led to the arrest of the suspects.

“The gang leader is Sunday Seyemi from Bayelsa State. Arms recovered from them include one GPMG rifle with 136 rounds of GPMG ammunition, six AK47 rifles, 61 AK47 magazines, five K2 magazines, 1, 620 rounds of live AK47 ammunition, two sets of army camouflage and assorted charms and other house breaking implements. Two suspects still at large. We are closing up on them and certainly will pick them up. They will be arraigned soon,” Mba said.

The Force PRO said 47 suspects were arrested for various offences including armed robbery, murder, kidnapping, and unlawful possession of firearms among others.