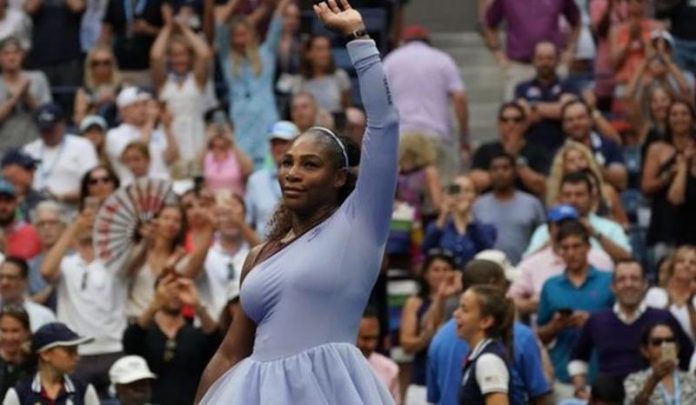 Three-time champion Serena Williams has withdrawn from the French Open because of an Achilles injury.

The 39-year-old had been scheduled to play her second-round match against Bulgaria’s Tsvetana Pironkova on Wednesday.

The American has won 23 Grand Slam singles titles and was aiming to equal Margaret Court’s all-time record of 24.

“I think I need four to six weeks of sitting and doing nothing,” Williams told a news conference.

“I have been struggling to walk so that’s a telltale sign that I should try to recover.

“Achilles is an injury you don’t want to play with – I think it was one of the worst, don’t want to get to that point, I want it to get better.”

Williams picked up the Achilles problem during her US Open semi-final defeat by Victoria Azarenka earlier this month,

On Monday, she beat fellow American Kristie Ahn 7-6 (7-2) 6-0 in the first round at Roland Garros, but said she was struggling physically.

“In the second set I felt I needed to walk with a limp,” Williams added. “I had to focus on walking straight so I wasn’t limping. I tried and always give 100%, I take solace in that.

“I’m not sure I will play another tournament this year. It is not an acute injury, it is a nagging injury. I ran into bad timing and bad luck really.”

Unseeded Pironkova, 33, moves into the third round of the French Open for only the third time in her career and will play either 32nd seed Barbora Strycova or Barbora Krejcikova from the Czech Republic.

Meanwhile, 12-timechampion Rafael Nadal eased into round three of the competition by thrashing American Mackenzie McDonald.

Nineteen-time Grand Slam winner Nadal has only lost two French Open matches since 2005 and is aiming to lift the trophy for the fourth year in a row.

“The aim was to play as well as possible,” said Nadal, who will play either Kei Nishikori of Japan or Italy’s Stefano Travaglia next.

“I’m very happy and I have another difficult match next.

“It’s always very special for me to play here in Paris and especially here on Philippe Chatrier.

Nadal took control of the match early on when he broke McDonald’s serve at the second time of asking and needed only 35 minutes to clinch the first set.

Any hopes of a McDonald fight back were instantly dashed when his lost his opening service game of the second set.

During that set, McDonald tried an underarm serve but Nadal easily spotted it and dispatched it comfortably.

The American won only his second of four games at the beginning of the third set but it was not long before Nadal got another break of serve on his way to a routine victory.

McDonald, 25, suffered a career-threatening injury at last year’s French Open when he tore a hamstring during a doubles match, which kept him out of action for the rest of 2019.

But he was able to return to Paris in 2020 and his four-set win over Canadian Steven Diez on Monday was his first in a main draw singles match at Roland Garros.