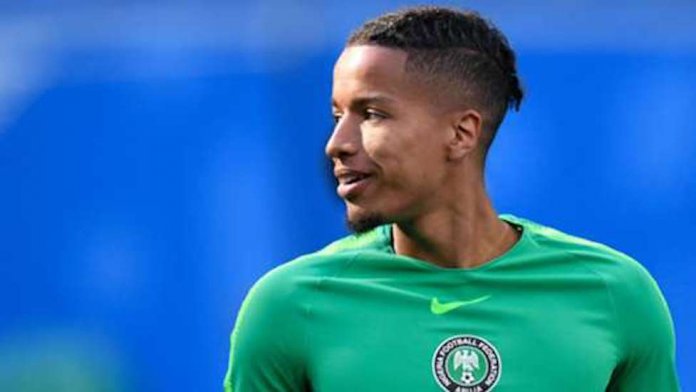 Ndidi was among the initial 25-man squad with Ebuehi grouped with players on standby.

However, injury for the Leicester City midfielder in the Foxes’ 4-2 triumph over Burnley ruled him out of the encounter meant to prepare the Super Eagles for their 2022 Africa Cup of Nations qualifier against Sierra Leone in November.

“Tyronne will replace Ndidi in our team from the standby,” Rohr told ESPNyesterday.

While disclosing the decision to pick the 24-year-old, the German tactician said his team would miss the midfield trojan, who is expected to be out of action between six to 12 weeks, having undergone surgery on his abductor injury.

“We will miss him so much,” he continued.

“I have spoken to him, of course. He must be patient now and take his time to get well.”

Ebuehi last featured for the three-time African champions against Iceland during the 2018 FIFA World Cup Russia – replacing Brian Idowu at the beginning of the second-half.

Since then, he had ruptured his cruciate knee ligaments which prevented him from playing a competitive game for Rohr’s team.

The 24-year-old has now recovered from the injury problem and subsequently returned to the Netherlands, where he was born, joining Twente this summer on a season-long loan from Benfica.

“It’s been a long period out and a hard time for me. Of course, questions like ‘could this be the end?’ can pop up from time to time,” he told BBC Sport.

“You sometimes hear that with this type of major injuries players never return to the same level they were before the injury.

“It was difficult in the beginning I can’t lie about that. To be away from the only country you have ever known, where you’re born and away from your family and friends. You feel alone knowing it was just no longer possible for them to just pass by.

“It’s changed me a lot. Not only as a player but as a person. Away in another country being alone. Sometimes it’s like unseen tears of frustration because of the mental pain.

“Like I always tell my family and friends now, that I’m thankful to God for this type of hard lessons sometimes in life.

“It really made me aware of a lot of things, like how to take care of my body now. How things can happen in football, how to deal with them. I’m thankful for the lessons that God gave me.

“Going forward in my career, I know how to take care of myself and what’s good for me, how to handle any future injuries, hopefully, it will not happen.

“I missed the entire 2018/19 season because of this difficult injury, but I’m happy that I’m fit now and I’m thankful that I am able to play the game that I love again.”

Super Eagles will take on Algeria on October 9 in Austria before facing Tunisia at the same venue four days later.