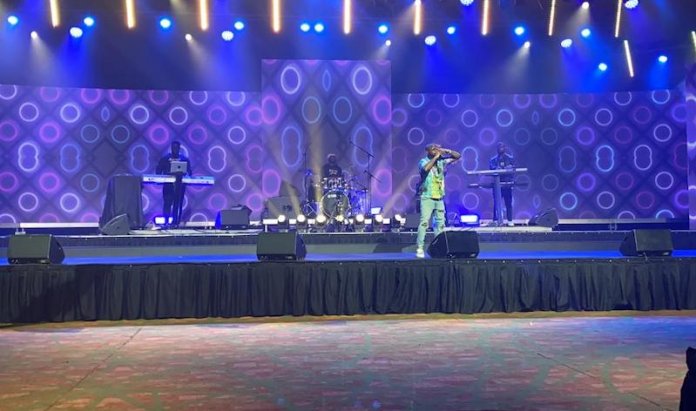 Against the backdrop of a colorful screen, one of Nigeria’s biggest music stars Davido added colour and verve to the ongoing virtual celebration of Nigeria’s dianond jubilee organised by the THISDAY ARISE Group.

Dressed in a colourful shirt and jeans, the artiste launched into a medley, kicking off with the 2011 hit ‘Dami Duro’ that launched him into fame.

At an earlier interview with the ARISE News Channel team, Davido said he wanted a Nigeria that his children would be proud of.

He rounded off his performance with his latest single ‘Fem’.