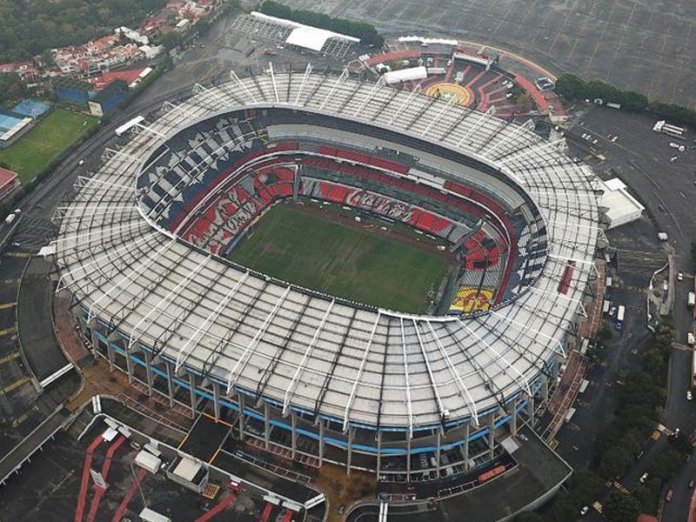 Super Eagles first two games since the Covid-19 lockdown will have an average of 10,000 fans in the stands for each of the games against Algeria and Tunisia next month.

Gernot Rohr’s wards are scheduled to play reigning AFCON champions, the Desert Foxes of Algeria on October 9 and follow up four days later with the clash with the Carthage Eagles of Tunisia at the same venue.

The three-time African champions Nigeria will use the tune up matches scheduled for the Jacques Lemans Arena in the southern town of Sankt Veit an der Glan in Carinthia State to prepare for the double header AFCON 2022 qualifier against Sierra Leone.

Ayoakinfe.com reported yesterday that Austrian government have given room for a maximum 10,000 fans to watch matches in the country as the European nation relaxes its coronavirus restrictions.

Locally in the Austrian league, only home fans are allowed to attend matches, with away fans barred for now.

Head of Austria Bundesliga, Christian Ebenbauer said: “Football thrives on emotions, not only on the pitch but also on the stands. So it wasn’t an easy decision for clubs to take, to allow as many home fans as possible and to do without visiting clubs’ fans during the coronavirus restrictions.”

Nigeria gaffer, Gernot Rohr, penultimate midweek invited 25 players to prosecute both games, which will be the first time the team is getting together this year. Only Leicester City’s Wilfred Ndidi who injured his groin and is ruled out for the next three months is to be replaced in the invited squad.

Nigeria’s last international was a friendly against Brazil in Singapore in October, which ended 1-1.

Meanwhile, the Desert Foxes will be in Austria without at least six of their key players against Nigeria and their other friendly with Mexico,

According to africanfootballhq.com Youcef Atal, as well as his Nice teammate Hicham Boudaoui are both ruled out due to injury.

Head coach of the side, Djamel Belmadi will also be without Saudi Arabia-based duo, Djamel Benlamiri and Youcef Belaili, who featured prominently in their African Cup of Nations success last year.

Benlamiri and Belaili refused to return to their respective clubs in Saudi Arabia after the league restarted and are not match fit at the moment.

The duo of Islam Slimani and Adam Ounas are also yet to taste action this season and are unlikely to be invited for the friendlies.

The likes of Mohamed Amine Tougai and Adem Zorgane might get the chance to feature for the Desert Foxes as result of the absentee players.

The Super Eagles of Nigeria lead Group L-which has Benin Republic, Lesotho and Sierra Leone-of the qualifiers with six games from two games

Qualifying matches for the 2022 FIFA World Cup in Qatar will kick off in May 2021.