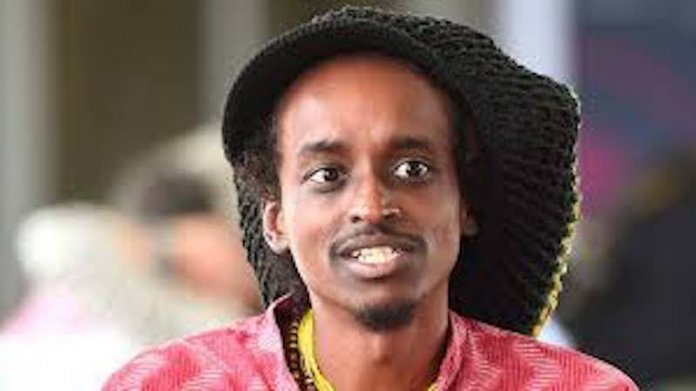 Kuka, a prominent filmmaker in the North-East African country and a member of the Academy of Motion Pictures Arts and Sciences ― the body responsible for the Oscars ― was sentenced to two months imprisonment and fined 5,000 Sudanese pounds ($90) last week for ‘threatening peace’ and ‘breaching public safety. He was arrested alongside four other artists: Abdelrahman Mohamed, Ayman Khalafallah, Ahmed El Sadig and Duaa Tarig.

Kuka had on August 13 tweeted about an attack on him by Islamists instigators during a workshop in Khartoum. “The police stood by the attackers and arrested us. Now we are awaiting trial. Is there any support for #artists or do we need to get killed first?”

Local reports disclose that Sudanese authorities raided a cultural centre in the Al-Zuhour neighbourhood of the capital Khartoum, where several artists were rehearsing a play, after receiving a noise complaint from residents.

Tarig alleged that she was slapped by a police officer for protesting that her picture shouldn’t be taken by him.

While in custody, the detainees chanted revolutionary slogans, which angered police authorities and delayed their release.

Since their imprisonment, there have been calls by the global film industry big weights for his release, including TIFF which recognised the filmmaker in 2014 for his outstanding documentary ‘Beats of the Antonov’ ―which captures the conflict between farmers, herders, and rebels displaced to the Blue Nile and Nuba Mountains regions, and the Sudanese army.

In a statement, the festival heads Cameron Bailey and Joana Vicente noted that the 44-year-old filmmaker is “an exceptional filmmaker and TIFF has been proud to present his work. His films ‘Beats of the Antonov’ and ‘aKasha’ revealed a singular view of life in Sudan through the eyes of a remarkable artist. Hajooj, along with four other artists, is now in prison in Sudan and we need to bring attention to this urgent and troubling situation. When an artist is silenced, society as a whole suffers.”

Recently, the Berlin Film Festival joined the increasing calls for Kuka’s release. It said in a statement that “The Berlin International Film Festival joins the international protest against the arrest of Sudanese filmmaker Hajooj Kuka and four other artists. The group of artists has been randomly charged with causing a public nuisance. We call for their immediate release by the Sudanese authorities.”

“I and other members of African descent in the documentary section of the Academy of Motion Picture Art and Sciences have been mobilizing across the continent to demand the release of the five artists recently detained and sentenced for public annoyance in Sudan. They represent the future of a free Sudan and should not be persecuted for being artists,” said Odugbemi in a statement.

He added that the trial of the artists was handled in a biased and politicized manner. “Although the charges were all related to the allegation that the artists were chanting in the jail cells where they were held, the proceedings gave platform to conservative citizens to besmirch and attack the artists for alleged discretions that were extraneous to the case.

It was a clear message to the current government that the old Islamist regime still controls the judiciary and the law enforcement apparatuses. The return to arbitrary justice mechanisms in which the legal framework is used to control freedom of association and expression is a chilling reminder at what is at stake in Sudan’s transition.

“We are all obviously concerned for the immediate well-being of the artists after they were sentenced to two months in prison, especially for Duaa Tarig who was previously assaulted in police custody and has been singled out based on her gender. These artists have spent the last two years creating art to support Sudan’s quest for freedom and democracy.

They have created hundreds of murals and films in the public service, supported the Prime Minister’s office and Sudan National Television, and conducted hundreds of civic engagement workshops across Sudan through their work at the Civic Lab network. Artists are at the vanguard of positive change in Sudan, and played a critical role in Sudan’s revolution. When they are not protected, no one is protected.”