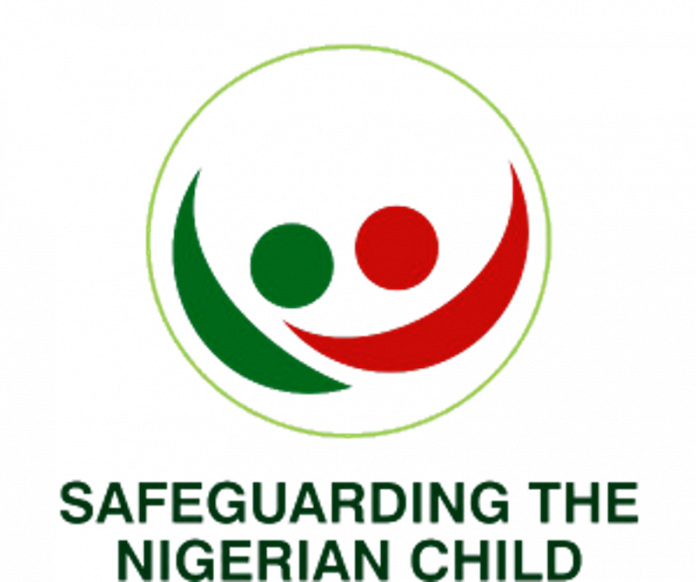 Some of the growing trends that call for urgent attention in Nigeria today are the incidents of rape, defilement, domestic violence, child abuse, neglect and maltreatment.

According to the Lagos State Safeguarding and Child Protection Policy, child protection is about practices that ensure children accessing services are safe, ensuring that potential abuse and neglect, along with general concerns about child wellbeing, are identified and appropriately responded to.

It is key to building a culture of child protection where the safety and security of children is paramount.
The responsibility for making sure that children are safe and that their needs are met is shared between the families, the general community, professionals working with children, law enforcement and government.
Each has a significant role to play to ensure the safety and wellbeing of children and young people and to help prevent them from harm.

The policy explained that while most child abuse occurs within families and communities, children also experience abuse and exploitation in organisations that provide them with support and services.
Experience has found that physical, emotional abuse and neglecting child focused organisations and institutions are less systematic and usually unplanned. It is usually the result of poor conditions, bad work practices and negligent management.

The policy now makes it mandatory for all schools, child-centered institutions such as crèches and recreational centres; located in the state, have a child protection policy in place which ensures that the rights of children are safeguarded. This mandatory requirement also extends to institutions and organizations in the State’s public and private sectors.

The Child Protection Unit, Ministry of Youth and Social Development is the department responsible for safeguarding the development of the child through the prevention of all forms of abuse against children, coordinating response and investigation of suspected abuse and neglect and for providing care and protection to children found to be in need.

Many adolescent girls in Nigeria face human rights abuses on a daily basis, including gender based violence, forced marriage, female genital mutilation, and limitations on their mobility, education, employment, and participation in public life which delay their progression and development and impede their human rights and dignity.

About 44 per cent of girls are married before their 18th birthday and 31 per cent of women 20-24 years have given birth by age 18, the ChildNotBride 2018 report noted.
About 60 per cent of out-of-school children are girls; with net enrolment rate at primary school level at 56 per cent for girls and 61 per cent for boys.

On the other hand, dropout rates are highest amongst girls than boys at the sixth grade of primary school, United Nation Children Fund (UNICEF) 2018 report has stated.
In the same vein, the 2018 Nigeria HIV/AIDS Indicator and Impact Survey (NAISS) report states that adolescents (10-19 years) account for eight per cent of persons living with HIV and female incidence is significantly higher than male incidence.

Acknowledging the role of adolescent girls in achieving inclusive, and sustainable development is crucial to ensuring progress especially in all issues affecting them directly such as their education, health, human rights and dignity; Action Health Incorporated (AHI) with support of Rise Up trained 60 girl leaders ages 13-18 from across Lagos State on leadership and public advocacy to strengthen their voices in demanding for change.
These girl leaders engaged decision-makers and policy-makers at multiple levels to address issues affecting girls in the state.

To put the issue into proper perspective, THISDAY spoke to the Programme Officer, Action Health International (AHI), Oluwa Funsho, who explained that the girls’ voices initiative project is an advocacy project that seeks to build the capacity of adolescent girls on advocacy and leadership issues.

In line with this understanding, in 2019, AHI enrolled 60 girls for the project between the ages of 13-18 and their capacity was built on leadership and advocacy in order for them to lead to discussions and issues affecting girls in their communities.

Goal of the Project
Bukoye maintained that the project was a fallout of AHI’s discovery that a lot of teenage girls are faced with a lot issues such as gender based violence, girl’s right violation, lack of skills support initiatives, lack of access to certain services and others.

According to Bukoye, “In line with its commitment to address child protection issues, the Lagos State government has put in place structures and policy framework to tackle it. Lagos is one of the states that enacted the child right law early enough and other child right issues.

“But the child protection policy which signed into law in 2016 by former Governor Akinwunmi Ambode was to provide a structure and state clearly mechanisms of protecting children that are victims of sexual abuse, even from child institutions such as schools and at home.
“The key issues that this policy seeks to achieve including working in collaboration with child right are to protect the right of the child. It also seeks to ensure that government put in place referrals, and people understand what the rules and responsibilities are.

“The girls in their various groups have been doing tremendous work. We have online meetings on WhatsApp where we share updates on their advocacy work. They have online blog GVILagos.com where they talk about girls issues such as the rights of girls. The advocacy project is for one year.

“In terms of scaling the progress of the project, we are hopeful that over the next one year, the advocacy capacity of the girls must have been built, even when we transits and the project ends. Moreover, they will be part of the cohort of young girls that AHI will work with to build the capacity of other young girls.

“We hope that they will take up the conversation in their respective communities from the different level of advocacy, and ensure their discussions with various stakeholders are actualised. I like I said, the goal of the project is to build the advocacy skills and capacity of the girls. These girls are picked from three senatorial district of Lagos.”

She said the policy has been in place since 2016 and it was brought up by Governor Akinwunmi Ambode, noting that most schools have not domesticated and implemented, “the policy because they don’t have an idea of the policy.”
She affirmed that the policy is not just about having knowledge of it. Rather, it is about making sure that the students understand the policy and they are making use of the policy.

“So we started by embarking online research if the students in some of those schools knew about the policy. When we had conversations with the girls, we realised that many of the girls don’t know about the policy. This policy guides against sexual harassment in secondary schools,” she stated.

According to Godwin, the policy explained that if a girl has been harassed there are referrals, and the school can handle such issues, noting that in carrying out their work in District I, they collaborated with the Nigeria Police Force (NPF), and had a zoom meeting with the teachers, principals and counselors in the area.

“We created a WhatsApp group to engage those that are yet to implement to find how they were going to implement. Some gave us feedback on how they implemented, others gave their challenges involved in it and they will need the counselors to be properly trained on the implementation of this policy. Thereafter, we wrote a letter to the Tutor-General Permanent Secretary, (TGPS) District I.

“We did an online meeting with her and informed her about the zoom meeting we had with the School teachers, Principals and Counselors in District I and the challenges they have faced. Therefore, she had accepted that the policy will be implemented in those schools and she will work towards it.

“Our next action is to go to the TGPS and request for her to write a draft letter stating her support of the policy being implemented in schools in District I and also taking picture with her with a placard, and that the right of girls will be protected in schools in District I under the Lagos State Safety and Child Protection Policy. That will ensure that our advocacy has been achieved.

“Some of the key concerns we raised in the document we submitted to the TGPS was each school in the state should have the child safeguarding and protection officer incharge of the policy, then they can have banner placed either in front of the school or inside of the compound.

“So as soon school resumes, the students will know that their school is Child safety and protection compliant. Also, the teachers will have access to the document and what they are meant to do, and the complaint box will be available. There is also new card with telephone numbers for girls who have been harassed to call and lodge complaints.”