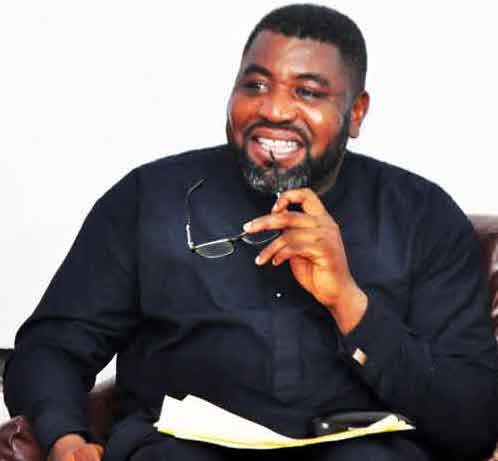 In the next few days the 1st of October will come and we all be shall once again be inundated with ceremonies, analysis, lamentations, accusations, justifications platitudes and promises about Nigeria. So it has been in the last 60 years and so it shall this year save for the Coronavirus induced soberness that will force all rational people and originations to stage moderate and sober events. Event planners and other ceremony vendors get all my sympathies but it is what it is.

Beyond the induced soberness though, I posit that 60 years after the experiment called Nigeria, it is time for us to give a realistic view at our reality, it is my view that a pure honest and profound analysis will readily reveal that this experiment called Nigeria has failed all. Even the very few, too few, privileged beneficiaries of the status quo are not getting enough in terms of potential compared to outcome.

Conventional wisdom in Nigeria uses the names and images of the trio of Chief Obafemi Awolowo, Dr Namadi Azikiwe and Sir Ahmadu Bello plus that of Sir Tafawa Balewa to symbolise the first generation. A better list, even if minimal, should always include the names of Herbert Macaulay, Eyo Ita, Alvan Ikoku, Udo Udoma, Aminu Kano, Anthony Enahoro and Michael Okpara.

A major trait of the generation of dreamers and inspirers was their vision for their country and African continent. They all had grand ideas and ideals for their country and people: They wanted both to be free and great. In their minds, they were not just in politics to administrate power; they saw themselves on a mission to rescue their race. They communicated their visions and aspirations with their speeches and writings. Their rhetoric was always imposing and they never shied away from challenging injustice, rather they seemed to enjoy confronting power.

Once in power, this generation of Nigerians put the masses at the heart of the actions. They knew they had to build institutions and infrastructures and they went about it diligently. Awolowo led the way and others swiftly followed suit in a creative competitive way that became a win-win situation for all. From the free education programme, to the establishments of Ikeja Industrial Estate, Aba and Port Harcourt Industrial layouts and Kaduna and Kano Industrial areas. The fruits of their labour were real, clear and are still yet to be surpassed. International analysts saw them at work and predicted that Nigeria was destined for greatness. There is still a lot to be learnt from and about that generation.

Then came the second generation.

The generation of squanderers and survivors, these ones came into office wearing uniforms and seized power with the use of boots and bullets. These were bullets and boots that we gave them to defend the country against external threats; keep an eye on your “Maiguard” if you have one. They never bothered to inspire or convince, they simply scared, tortured and subdued their fellow citizens. With their decrees and dismissive orders they ruined the institutions they met and annihilated the middle class that could check them.

After they had wrecked all they could and utterly disgraced themselves, they eased their ilk into power to continue their misdeeds. While the squanderers were destroying the country, the other part of that generation, save for a very few, did not fight back. Most of them who couldn’t, wouldn’t, or simply didn’t stand up to leaders, turned looters. They simply resorted to finding means of surviving. Many left the country to seek greener pastures; the ones that stayed became beggars and hustlers. Rather than being proud of their ideas, dedicated to their professions and be protective of their ideals, they, in the name of survival, became accommodating to rascals. Just to survive they lowered their standards, wasted their knowledge and allowed mediocrity to thrive.

Terms like dignity, duties and rights have been trashed by many in this generation; fathers of family are proud to identify themselves as someone else’s boy, professionals beg for appointment, contractors and suppliers beg and bribe to be paid. Rather than protect their schools, they look for private schools for their children; rather than campaign for good roads, they buy jeeps; rather than insist on stable electricity, they loot to buy generators.

The generation that will save our people from all these will be the generation of redeemers. They have a strong battle in their hands for they have few examples at hand to support them. Yet they have no choice but to find their voices and chart their own course. They will have to face reality, see where survival mode has gotten the country and they will need to realise that only dignity and dedication can lead to greatness.

For the redeemers to succeed they need to learn to approach reality with knowledge and courage.

A new order is needed.

There is no point pretending or striving to have a one Nigeria Nation. Nigeria is a union of nations and the best that can be done is find a way for these nation to live in peace, trade and thrive within clear laws but with each nation conserving its identity. Power has to been seen with suspicion rather than deference and devotion. Power has to be devolved, functions need to be decentralised and processes need to be digitalised. Rather than rushing to the political centre people of goodwill should focus on excelling in their chosen trades or profession and concentrate developing their communities and nations.

Prof. Kila can be at @anthonykila