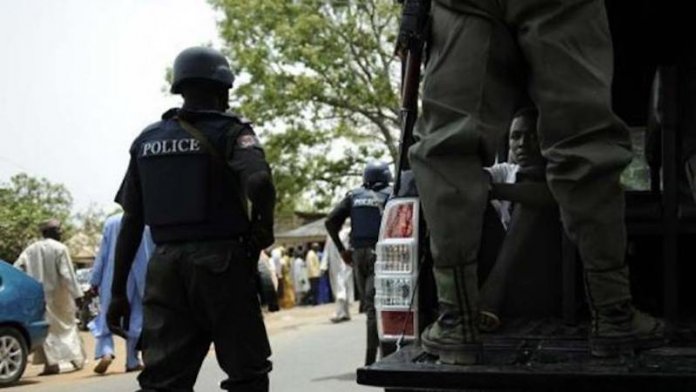 Briefing newsmen, Akpatason blamed the ugly situation on the security personnel for not showing up on time when they were needed most.

He said that the delay by security agents almost led them to resorting to self-help but he was able to calm his people down.

Akpatason, who is a member of the APC, said one of the known thugs threw stones at voters with the intention of discouraging them and that the stones hit the windscreen of his car.

According to him, “Well, I think the first thing we need to look at is the level of political consciousness in the place, the turnout. Two, you can still see that people are still voting. We are a community that is highly politically conscious.”

“It is not unusual that sometimes, people disagree but it becomes worrisome when it is obviously politically motivated with the view of discrediting, creating a ground for the cancellation of this guinue and legitimate results.

“This was predicted, there was a prediction, it is written all over the press that some people were planning to attack this voting centre. Right from last night, they have been hovering around everywhere, we kept vigil to make sure that this didn’t happen but eventually, some miscreants decided to be unruly to the extent that a known person threw pebbles to disperse people who had come to vote so that they will not vote.

“I believe it was intended to ensure that we don’t get maximum votes in this place or to cause chaos that could possibly lead to discrediting the results.,” he explained.

Continuing, Akpatason said, “I thanked God that my people are very mature, they have handled the whole thing with high sense of responsibility however, every act of crime, will surely be accounted for. As a result of that, I am going to go ahead to incident the report of one little boy who was trying to throw missile at innocent voters to the extent of hitting my own car.”

“In this community, we know that it is people that are behind them but we know that they are losers, and as losers, they will always do everything to scuttle the peaceful, the credible voting process that had always taken place and is still taking place in this community.”
Nevertheless, Akpatason expressed optimism that the APC governorship candidate would emerge victorious at the poll.