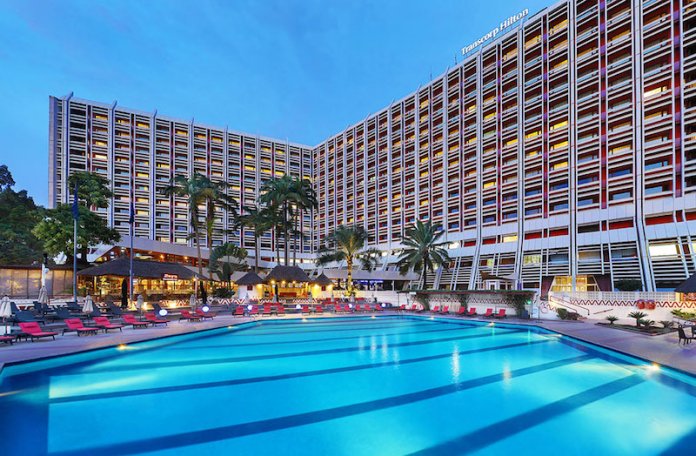 Following the disruptive impact of the COVID-19 pandemic on its business, Transcorp Hotels Plc said it has taken measures to reduce its operating cost and maintain business continuity.

Specifically, the hotelier said it is diversifying its portfolio and reducing its workforce as part of its cost management initiatives.

The Managing Director of the Transcorp Hotels, Ms. Dupe Olusola, who announced this during an online media briefing yesterday, said the company plan to reduce its workforce by about 40 per cent as it battles to survive the devastating effects of the pandemic on hotels and hospitality industry.

The chief executive officer of the hotel disclosed that room occupancy has not risen above 17 per of the hotel’s 677 rooms since the outbreak of the pandemic, adding that the financial position was further worsened by the total cancelation of the event bookings the hotel had for the rest of the year since April.

Transcorp, according to her, has 1000 permanent staff and 500 contract staff with a pay roll cost of over N2 billion.

Owing to these, Olusola, stated that the hotel has suffered cumulative business losses of N4.9 billion and decline in revenue of N9.4 billion since March when the onslaught of COVID-19 began to take its toll on hotel business in Nigeria and the rest of the world.

“The impact of COVID-19 on the business is like nothing the company has ever witnessed. The hotel and hospitality industry in Nigeria has never faced a crisis that brought travel to a standstill, including the Ebola Virus Outbreak of 2014 and the recession of 2015.

“The slow pick up of international travel, restriction on large gatherings, the switch to virtual meetings and fear of the virus, has drastically reduced demand for our hotels and occupancy levels to its lowest of less than five per cent.”

She added: “There was a time we were down to five per cent occupancy for a hotel that has 677 rooms. We were faced with the dilemma to shut the hotel like other hotels across the globe were doing.

“We have not even seen above 17 per cent occupancy even at this point. So we are still recording very, very, low revenue. We are struggling and embarked on cost saving measures, renegotiated our contracts, reduce the lift two three,” Olusola said.

She stated that the three major sources of revenues to the hotel were adversely affected by the impact of COVID-19 and the measures taken to contain its spread. These sources are room occupancy, events and conferences and the sale of foods and drinks.She said: “We struggled not to lay off workers and for the first three months we kept staff at home and paid them their full salaries. But because of the drop in occupancy that we have seen, without a doubt we have to disengage at least 40 per cent of our employees because critically we have reached an area that we cannot continue as a business without letting go this number of staff.

“We are engaging with the unions at both the junior and senior levels to ensure that the employees are taken care of.

“The reality is that the occupancy that we have now at below 20 per cent, it is impossible not to retrench. Even the government policy that limited the number of people for social gathering at 250 affected the way we run our hotel. So, what is the need for retaining banquet staff when there is no longer any banquet to serve?

“We are optimistic that as business returns things will pick up in the economy as a whole. But before that time we cannot continue to keep more than 40 per cent actively engaged at the hotel.
She revealed that the federal government support for the hotel sector was targeted at the small and medium hotels rather than big hotels like Transcorp.
“We have engaged the government at all levels on tax rebate and payroll support as actively and widely as possible yet we have unfortunately not seen any result. This is the reason we have gotten to the point where we are left with no other option than to disengage our staff,” Olusola said.

She stated emphatically that it would take until 2024 for hotels to recover to their pre-COVID-19 positions, adding that the commencement of international flights have not yet translated to improved business condition as business travelers that would take up hotel rooms and demand for their services have not started coming.