Nume Ekeghe writes on efforts by the Central Bank of Nigeria to sanitise the foreign exchange market and stabilise the value of the naira, which has come under speculative attack in recent times

The Central Bank of Nigeria (CBN) last week took a major step to arrest the age-long practice of manipulating the foreign exchange (forex) market by moving against some organisations that have been making unauthorised forex transfers abroad.

THISDAY learnt that there had been a lot of gaming and illegal transfers abroad by the affected companies.

The apex bank, it was learnt, has decided to put a stop to the underhand deals in the interest of the economy.

The CBN, in a letter addressed to all banks, dated September 4, 2020, and signed by its Director of Banking Supervision, Mr. Bello Hassan, a copy of which was obtained by THISDAY recently, had directed that the bank accounts of the 38 banks should be frozen.

The letter stated: “You are hereby required to place the underlisted accounts on PND with immediate effect and revert with the account names, numbers, currencies and balances of all accounts placed on PND.”

Shedding more light on the reason for freezing the bank accounts of the 38 companies, a top CBN official, who pleaded to remain anonymous, accused them of illegal purchase of forex and repatriation of same abroad.

The official said: “To be honest, these are some of the people who have been putting pressure on the black market. They are so many and we are going after them gradually and we would ensure that they face the law.

“There is impeccable proof that one of the gaming companies, (name withheld), is suspected to have illegally siphoned over $420 million over a period of 18 months under the pretext of paying for software that can be procured by local software engineers. These funds were illegally transferred to their companies in Mauritius solely for the purposes of money laundering and economic sabotage.”

According to the official, the plan by the CBN is not only to penalise the companies, “but also the banks and their managements that allowed such illegal transfers to go through their systems.”

He described the activities of the companies and the banks that enabled them as economic sabotage, money laundering and insider trading, saying CBN will ensure not only prosecution but withdrawal of the licences of those found wanting.

“CBN is going to punish these companies and individuals to serve as a deterrent to others. Those of them involved in the gaming business, their business is in naira. Some of them would say they are paying for technical services. Assuming they even have the approval to take money out, why are they not in the official market? Why go to the black market? That means there is something illegal they are doing without documentation.

“We are accusing them, especially the gaming companies, of money laundering, illegal transfer of forex out of Nigeria. Most of them open accounts in Mauritius and other safe havens for them to move monies out of Nigeria and then do whatever they like.

“Now, they would say they are paying for technical services. Were those fees authorised officially by the CBN? The sole institution responsible for forex dealing in Nigeria is the CBN. Did they obtain the CBN’s approval?

“They don’t even have the National Office for Technology Acquisition and Promotion (NOTAP) approval, even if they say it is for software purchase, as some of them claimed. Indeed, one of them that went to NOTAP, the approval wasn’t granted because the so-called software they claimed they wanted to import can be manufactured locally,” he added.

The official alleged that the companies had contravened the Money Laundering Act, which carries with it stringent penalties that include the withdrawal of their licences and prosecution.

The latest move by the central bank comes few days after it phased out the third party Forms ‘M’.

This is another policy some companies had been taking advantage of to over-invoice and illegally cart away the country’s forex.

Also recently, the CBN installed a product price verification mechanism, which now helps prevent overpricing or mispricing of imported goods and services, as part of its continued efforts to ensure prudent use of the scarce foreign exchange resources and eliminate incidences of over-invoicing, transfer pricing, double handling charges and avoidable costs that are ultimately passed to the average Nigerian consumers.

The apex bank had vowed to unveil and prosecute, “buying companies” that had been engaged in the unwholesome practice of forex manipulation.

It was learnt that the forex fraud in the process used to be perpetrated by companies buying houses that are invoiced at inflated prices abroad, which they then offer to original equipment manufacturers (OEM). The companies then go abroad to cream off the forex often at 40 to 60 per cent of the transaction amount.

But it is not the first time the CBN had cautioned over the apparent abuse of the iconic Form “M” which is key for accessing foreign exchange for importation of goods.

The CBN had in June 2015 excluded importers of 41 goods and services from accessing foreign exchange at the Nigerian foreign exchange markets in order to encourage local production of these items. The list has now risen to 43.

The measures were taken to sustain foreign exchange market stability and ensure the efficient utilisation of foreign exchange as well as ensuring that optimum benefit is derived from goods and services imported into the country.

Nigerians had however tried to manipulate these restrictions, which also apply to rice, toothpicks, tomato, fish palm oil, textile among others by tinkering with the Form M.

Analysts have thrown their weight behind the moves by the apex financial regulatory institution over the various measures introduced to address the fraudulent practices in the forex market.

The analysts also encouraged the CBN to follow through with its sanctions if positive results must be achieved.

Speaking to THISDAY on the development, Managing Director/Chief Executive, Credent Investment Managers Limited, Mr. Ibrahim Shelleng, said: “Well, certainly, it’s a good move by CBN and even well overdue to be honest. In the past, the Form M has been abused by allowing companies to access cheaper funds from CBN at official rate and round tripping the funds to the parallel market thereby making a spread.

He said: “The move will, on the long run, shore up the value of naira which has been eroding rapidly since the beginning of this year. The central bank is getting more creative in addressing the foreign exchange depreciation problem with this policy.

“Many foreign exchange racketeers are certainly going to run out of business soon and dollar will be more available in the market thus forcing down the price of US dollar in Nigeria. This will promote foreign trade and improve the capacity utilisation in the manufacturing sector and other real sectors using foreign exchange for their businesses.”

On his part, Prof. Uche Uwaleke of the Nasarawa State University, while commending the initiative, however pointed out that the real challenge for the CBN is how to ensure that these laudable measures are not circumvented thereby defeating the purpose for which they were put in place.

He said the CBN should be ready to apply sanctions to serve as deterrent, noting that the rule for export proceeds repatriation had been in the CBN books before now but would appear to be observed in the breach by some exporters.

He said: “I have not stopped wondering where people who hawk forex in the black market get their hard currencies. The CBN should device means of checking round tripping to ensure that the banks are not diverting forex to the parallel market.

Uwaleke said: “It goes without saying that the economy is going through challenging times as a result of the decline in crude oil price made worse by COVID-19.

“To provide a context for the CBN’s recent measures regarding forex, it is pertinent to realise that the Q2 negative growth in real GDP, high inflation rate, increase in inflation and downturn in virtually all macro indicators are all partly attributed to scarcity of forex following collapse in oil price since oil revenue accounts for over 90 per cent of our forex receipts.

“This precarious supply situation is exacerbated by spurious demand for forex, activities of speculators and sharp practices. So, the CBN is faced with a double whammy sort of situation.” 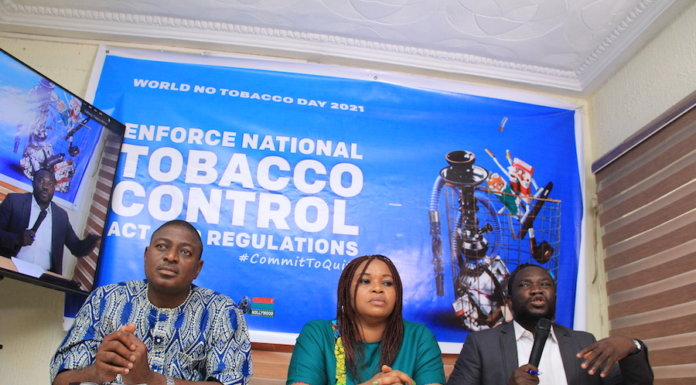