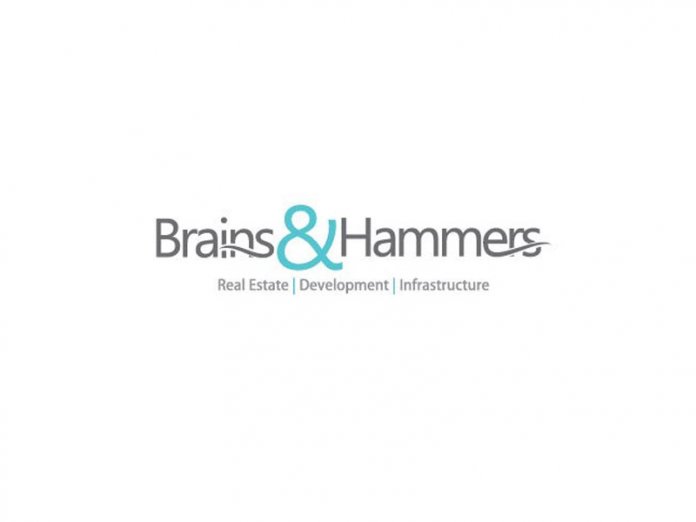 Brains and Hammers, a commercial real estate company in Nigeria, has said it is determined to close the housing gap in the country, with the recent completion of the construction of phase one of its newest housing estate located in the Federal Capital Territory (FCT), Abuja.

Named the Brains and Hammers City, the first phase of the project, the company said, comprises 1200 completed housing units and currently has over 200 residents occupying their homes already.

Speaking during a media tour of the completed and on-going projects within the city, the Group Head of City Project, Maryam Bello, stressed that 600 additional units were also waiting to be occupied soon by their owners.

Bello explained that the phase two was expected to have about 1,000 additional units, with the Nigerian Customs units built by the organisation in phase one already taken over by the government agency.

She said the city was built as a standalone where every occupant would have access to whatever they need as a family, including high level fibre optics for internet service, shopping malls, filling stations, schools, an orphanage, 24-hour power supply and top notch security.

On the affordability of the Brains and Hammers City project, Bello stressed that it was conceived as a self-sustaining and affordable housing project designed to cater to the housing needs of middle and low-income earners.

“It consists of one, two, and three-bedroom flats. It also has four-bedroom terraces and four-bedroom detached houses. On completion, it would have a total of 3600 housing units” she said.

She added that the phase two would be completed next year, while there is also the possibility of a mortgage payment plan for some persons, especially those who have an account with the Federal Mortgage Bank of Nigeria (FMBN).

“The significance of the completion of phase one of the Brains and Hammers City project is not lost on us as an organisation, nor on the residents who had their homes delivered to specification.

“The expertise displayed during construction and the support we got from our clients played a significant role in achieving this feat.

“As we enter the second phase of the construction process, we are focused on delivering every component of the Brains and Hammers City plan. Our concern right now is the delivery of homes to our clients, and ensuring this community is habitable and enjoyable” she noted.

With about 11 estates and over 5,000 already fully functional in major cities in the country, Bello noted that the company has the capacity to give its clients the best in terms of comfort and affordability.

The Project Director, Mr. Muktari Musa, in his comment, noted that the vision of developing a city was hinged on the need to play a pivotal role in addressing the estimated over 17 million housing deficit in Nigeria.

“With an estimated 700 houses needed per year, it is evident that the government alone cannot meet the housing needs of Nigerians. That is why Brains and Hammers took the bold initiative to embark on this project.

“This project is much more than just residential buildings, it is the complete package of commercial, hospitality, infrastructure, and residential development. We have built a new 3.6 km access road and 2.7 km internal road network.

“We are also generating 5KVA megawatts of electricity. On completion, there would be an events centre, a shopping mall, a hospital, worship centres, petrol stations, and a school.

“For us, this project represents an opportunity to provide homes and infrastructure for the residents of Brains and Hammers City at affordable rates with the best of amenities.

“It is also an avenue to potentially open up a new district for development in the federal capital territory. We believe that this initiative marks a new beginning in private sector participation in the provision of mass housing for Nigerians” he noted.

The company stressed that although the coronavirus pandemic and its attendant shutdowns caused a huge delay in the construction and delivery of houses, the company is ramping up construction to make up for the lost times.

“Brains and Hammers’ hospitality, residential, commercial, and infrastructural portfolio covers thousands of acres of land in urban, suburban, and satellite communities in Abuja, Kano, and Lagos in Nigeria.

“Backed-up by over a decade’s worth of insight and expertise, the company has become a partner of choice for affordable and luxury homes by government agencies, the private sector, and Nigerians in general” the company said.