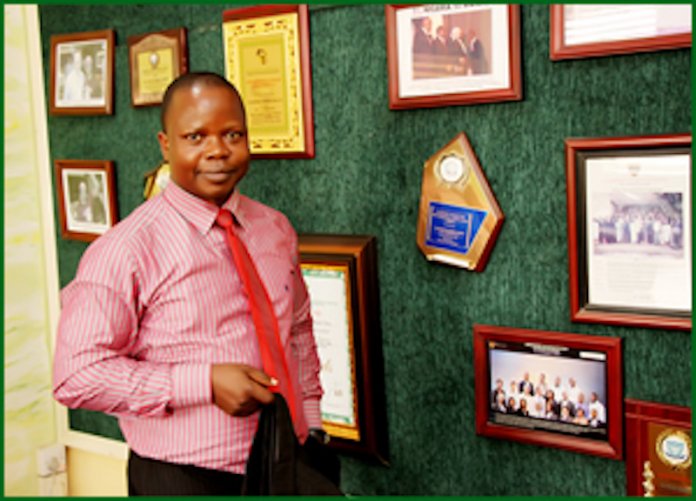 The Ekiti State Commissioner for Agriculture and Food Security, Dr Olabode Adetoyi, has appealed to the Central Bank of Nigeria (CBN) to extend its support to the development of tree crops and other crops in the state where it enjoys comparative advantage.

Most importantly, the commissioner said such crops should include those not currently captured under the anchor borrowers programmes and Commercial Agriculture Credit Guarantee Scheme Fund (CACGS-Fund).

Adetoyi made the appeal on Tuesday while receiving the management staff of the Ado Ekiti branch of the apex bank led by the Head of Development Finance Office, Mr Kola Oyedokun, in his office.

The ministry’s new helmsman said that the state government is desirous of having the support of CBN at improving poultry production for export, stressing that the governor was resolute at putting food on the table of Ekiti people at affordable cost.

While commending the bank for the various services and supports it has rendered to farmers and investors in the state, the commissioner disclosed that “the state government has been supporting agriculture-based investors to achieve results.

“I assure the management of this bank that the administration of Dr. Kayode Fayemi would continue to harness available opportunities to improving the lives of the people through good governance and job
creation from the agricultural sector,” he said.

The Head of Development Finance Office of the apex bank, Oyedokun, promised that the bank would ensure the proper execution of policies and programmes of the federal government on food sufficiency
and wealth creation in the state.

He stressed that the CBN has supported various investors under its anchor borrowers programmes and CACGS-Fund in the current farming season with a promise to increase its financial support to responsible investors in the state.

He congratulated the commissioner on his appointment and promised a cordial working relationship with him for the attainment of the goals and objectives behind his call to service.