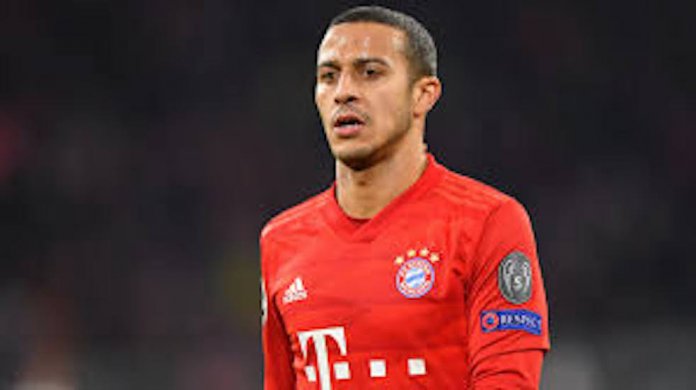 The Spanish midfielder has been strongly linked with a move to either Liverpool or Manchester United this summer following intense speculation that he is set to leave the Champions League winners.

And Thiago, who is currently on international duty with Spain ahead of their clash with Ukraine yesterday, revealed he has not told anyone he is leaving Bayern this summer and is only focused on the Nations League campaign.

“I didn’t say I want to leave Bayern.”

Thiago played 90 minutes in Spain’s 1-1 draw with Germany on Thursday evening which kick started the country’s international campaign for 2020.

After the match, Germany and Barcelona goalkeeper Marc-Andre Ter Stegen admitted he would love the LaLiga side to resign Thiago, who left the Camp Nou for Bayern in 2013.

The shot stopper claimed that the Spanish midfielder suits Barcelona’s style of play, though Thiago poured cold water over those links too.