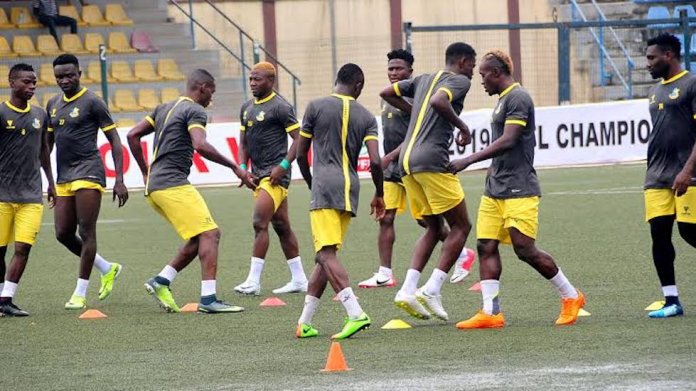 The Bauchi State’s Commissioner for Youths and Sports, Adamu Manu, said while presenting the copy of approval letter to the Chairman of Kano Pillars FC, Alhaji Surajo Shaaibu on Saturday in the club Secretariat in Kano.

The commissioner said he was in the club Secretariat to present the approval of his Governor toSai Masu Gida and assured them of his total support for their success in the continent.

“Let me reaffirm to you that government and good people of Bauchi State are behind you and prayed for you for a successful outing in the competition (CAF Confederation Cup),” the commissioner said.

Responding on behalf of the Kano State government, the Chairman of Kano Pillars, Alhaji Surajo Shaaibu thanked the Bauchi State governor for accepting the request tendered to him by Sai Masu Gidato play their home matches in his domain during the 2020/2021 season.

An elated Surajo said that the relationship between the two states would be sustained not only in football matters but in all ways of life.
He promised to convey the good news in the letter to the state’s Commissioner for Youth and Sports, Comrade Kabiru Ado Lakwaya in order to present it to Governor Abdullahi Umar Ganduje.