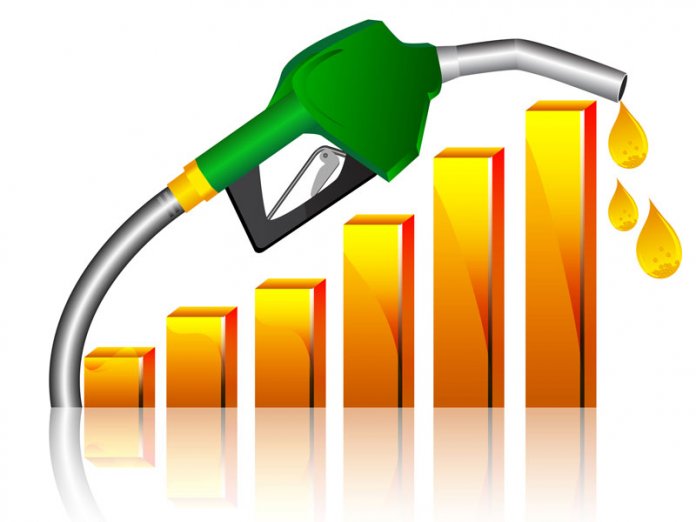 – Joseph Nwakuwe, Chairman of Society for Petroleum Engineers
Nigerians are angry, disenchanted and disillusioned with the President Muhammad Buhari-led administration over the recent increase in the electricity tariff and the pump price of petrol. While the Nigerian Electricity Regulatory Commission(NERC) raised the tariff by over 100 % from N30.23 for 1 kilowatt unit per hour to N62.23 per Kw/hr, the Pipeline Products Marketing Company(PPMC) jerked up the fuel price to N161 per litre, from N148 per litre. This was the third time in three months! For an oil-producing country, and with the hindsight that the cost of consumables is indirectly tied to fuel price, the increases lack any human face.

Worse still, coming at a time that people are still battling with the negative effects of the COVID-19 pandemic, when virtually the cost of living has skyrocketed, it smirks of insensitivity on the part of the government to inflict more pains on the hapless citizens. In other climes governments have come up with various palliatives, as buffers to cushion the deleterious damage the disease has caused.

Against this dark backdrop, many Nigerians now recall with glee that under former President Umaru Musa Yar’Adua the cost of petrol was at N65 per litre, diesel stood at N112 per litre and other essential items cost far less than we have it today. For instance, a bag of rice then was N3,500 but now it stands at N25,000 or thereabout, depending on the type.
The equations make no economic sense. How do we explain the fact that the nation’s three comatose refineries located in Port Harcourt, Kaduna and Warri recorded a combined loss of N50 billion in five months from January to May of this year? That is according to Energymix Report of May 30, 2020.

Yet, the Nigerian National Petroleum Corporation (NNPC) reportedly spent over N535. 9 billion on subsidy and Federation Account Allocation Committee in the first quarter of 2020 when no drop of fuel was produced! This was disclosed by the corporation in its monthly financial and operations in July, 2020. Nwakuwe said the refineries post an average of N10 billion on a monthly basis, saying the country cannot afford to record losses in that huge number. ‘‘That is the loss figure recorded by the refineries on a monthly basis.’’

The situation informed the oil expert’s warning that should the country fail to sell the refineries now, they may not get value for it anymore. He reiterated the fact that the amount of money spent on the endless rehabilitation of the refineries was no longer sustainable.

It would be recalled that when ex-President Goodluck Jonathan’s administration increased fuel price from N67 to N97 in 2012, it sparked off mass outrage with the Save Nigeria Group led by Pastor Tunde Bakare at the popular Gani Fawenhimi park. “My government was severely criticized for increasing the pump price of petroleum from N67 to N97 at a time that global crude price was going for over 100 dollars. The pump price was later reduced to N87 when the price of crude oil dropped and they attacked us that it was supposed to be lower. Those who criticized my administration are not talking again now that the global crude oil is about 53 dollars per barrel and the pump price of petrol is N143,” said Jonathan in October 2017. But now it has jumped to N161 per litre.

Expectedly, the scary economic situation has triggered various reactions. Former Vice President, Atiku Abubakar and his party, the PDP say that the increase would lead to more economic hardship for the people and want it reversed. But the ruling All Progressives Congress (APC) maintains that the Buhari-led government was working for the overall interest of Nigeria. In fact, some of them are blaming the PDP for Nigeria’s current woes and asking affected party members to return the looted subsidies. Timi Frank, former Deputy National Publicity Secretary of the APC wants organized labour to mobilize Nigerians and shut down the country! These include the Nigerian Labour Congress(NLC), Trade Union Congress(TUC), Nigerian Union of Teachers(NUT), NUPENG, PENGASSAN, the NBA, NMA and ASUU and other Civil Society Organizations(CSOs). One would say that what is good for the good should be sweet for the gander. If they did it against Jonathan, why not against Buhari? But people are afraid of him! But why? Is it all because of his military background or that freedom of expression is being muzzled under him?

For me, it goes far beyond all that. Many of us have not been groomed to place the national interest above our personal and pecuniary interests. Still blaming the PDP for our current woes is an admission of leadership failure, after five years in the saddle. True leaders do not give excuses for failure but find the reasons to succeed. Both Lee Kuan Yew (of blessed memory) of Singapore and Paul Kagame of Rwanda never met their countries in a state of paradise. Instead of blaming past administrations for the redolent rot in the system they rolled up their sleeves and did the needful, with uncommon vision, passion, courage and commitment.

What the recurring ugly decimal of fuel price, electricity tariff, labour matters, salaries and sundry taxes, mostly controlled by a powerful centre teaches us is to restructure this country, once and for all. Let the federating units utilize their resources based on the most pressing needs of their people and do so in their best interest, as well. We have had enough of this self-deceit!