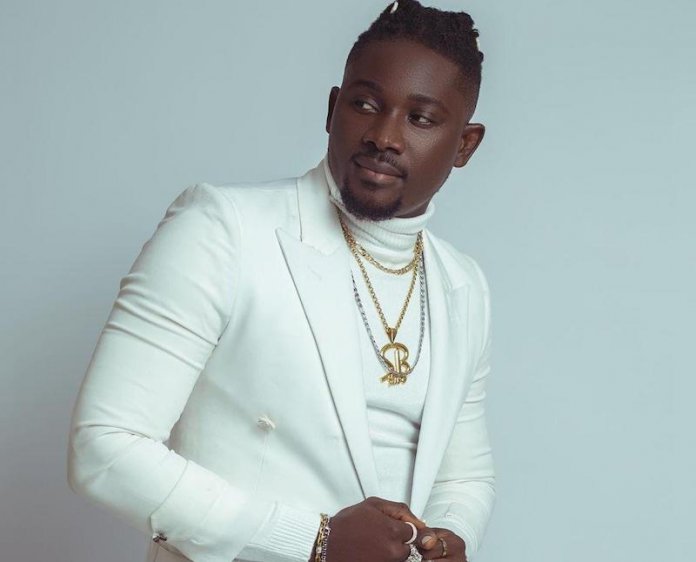 With ease, Seun Bankole, the smooth, suave and mellifluous singer popularly known as SB Live, has crisscrossed the gamut of Nigerian contemporary genres. As an embodiment of musical dexterity and skill, raw energy and passion for music, alongside his seven-piece band, SBLive has gradually won over many to the extent that he performs at some multinational company’s end of year parties, annual general meetings, celebrity weddings and birthday parties among others. That’s how well SBLive has evolved over the years. But year 2020 has proven a challenging year, especially with the global Covid-19 pandemic leading to huge loss of human and resources.

To encourage millions of survivors, fans and listeners coping with the pandemic, SBLive has released his latest worship album titled “Gospel According To SBLive”. The 3-track new project —with an accompanying music video for the opening track “Halleluyah”— was unveiled on Sunday, August 30, 2020 at a special private listening event held at the Landmark Event Center, Victoria Island, Lagos.

The evening featured special performances by some top gospel artistes as well as comedians, and it turned spirit-filled when SBLive, the host, mounted the stage to perform some of the medley from the album.

Speaking of the album, SBLive said the new body of work is an anthem for the ages, both mid- and fast-tempo inspirational hymns created to encourage believers and non-believers around the globe to press on through every trial. A far improvement from his sophomore album, Great Grace —also a medley of praise and worship songs—SBLive, backed up by the measured cadence and groove, puts his signature and soulful stamp on the new album produced by fast rising Nigerian music maker, Olalekan Eniola.

Like a shiny spoon at the end of a fishing line, SBLive —in his unique style— lures his fans and listeners with a soothing opener, Halleluyah followed by the 44.9-minute feel good percussive and melodious medley of interdenominational hymns heartwarmingly rendered. As he delivers that smoldering rendition of the most joyful and satisfying medley leaving his army of fans wanting more, SBLive capped the musical project with another mid-tempo Awamaridi.

SBLive was catapulted into musical success as a young talent ministering with songs at the annual Azuza event of the Revival Assembly. He has evolved into a widely-recognized worship leader who has toured and performed on stages in the United Kingdom and the United States.

The Gospel According to SBLive album, released by Treidak Entertainment, a Rhode Island, United States-based label, is dedicated to the loving memory of late event planner extraordinaire and humanitarian, Ibidunni Ighodalo. The album will also be available for streaming and download on all major digital platforms.