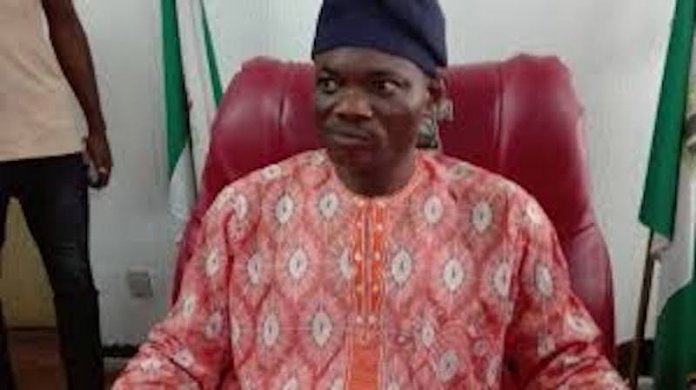 Former Speaker and member of the Peoples Democratic Party (PDP), Kabiru Adjoto, yesterday accused the All Progressives Congress (APC) and it governorship candidate, Pastor Osagie Ize-Iyamu, of being the brain behind the shooting of 13 of its members, whom he said were in a meeting in Ekpe community in Akoko-Edo Local Government Area of the state at the weekend.

But reacting to the allegation, the Chairman of APC Media Campaign Council, John Mayaki, alleged that if there was any attack, it was planned and executed by the PDP.

Adjoto, who was accompanied by other leaders of the PDP, including the Chairman of Akoko-Edo LGA, Mr. Don Umoru, made the allegation while addressing journalists at the secretariat of the Nigerian Union of Journalists (NUJ), alleging that three person wearing fez caps adoring the photographs of Governor Godwin Obaseki were also shot by gunmen at Ososo community by alleged APC thugs.

He said all the injured are currently receiving treatment at an undisclosed hospital.

The former Speaker, therefore, called on President Muhammadu Buhari and the Inspector General of Police (IG), Mohammed Adamu, to come to their rescue and ensure that the perpetrators are apprehended and prosecuted.

Narrating how the attack occurred, Adjoto further alleged that gunmen on the campaign train of the APC led by the fallen APC Chairman, Adams Oshiomhole, and the governorship candidate, Ize-Iyamu, were the once who opened fire at the PDP supporters at Ekpe public field while they were holding a meeting.

“At the same time in Ososo community, our members were shot for wearing fez cap branded with Obaseki on it. We hereby state that this dastard attack carried by these gunmen is evil and condemnable. We will not seat back and allow this to continue to happen,” he stated.

However, while addressing journalists at a media conference, the APC campaign council said rather than submitting himself to the police for interrogation, Adjoto went to court to secure injunction that police should not investigate him.