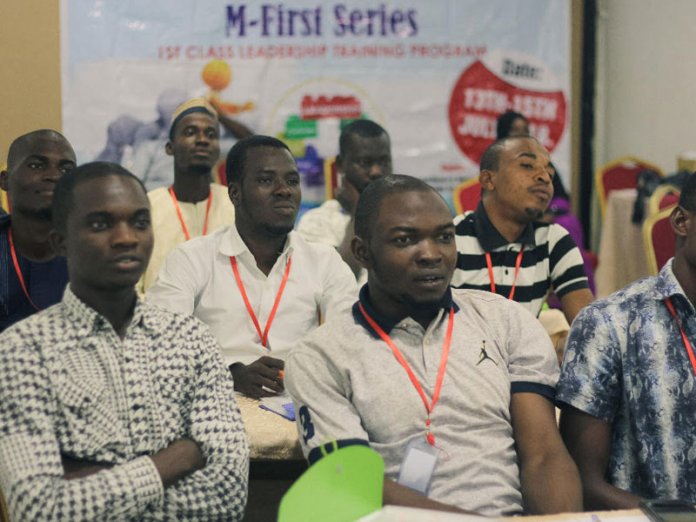 The First-Class Muslim Foundation (FCMF), a non-governmental organisation that celebrates and mentors’ exceptional Muslim students and graduates had their first virtual leadership program on the video conferencing platform, Zoom. The event, which was held for five days, kicked off on Friday, August 14, 2020, and ended Tuesday, August 18, 2020, was primarily aimed at providing mentorship in critical thinking, goal setting, core competence, and negotiations skills to the attendees of the event, which were predominantly Muslim youths.

According to the Executive Director of the foundation, Mr. Abolore Sobayo, The FCMF that came into existence in 2017 was the brainchild of Mr. Sulaimon Ogunmuyiwa, Chairman of the Incorporated Trustee of the Foundation. He had been privileged to attend a function where 36 Muslim First Class graduates were given awards for their outstanding academic performance, hence, he felt the need to create a residential leadership programme for the First Class Muslim graduates in Nigeria, which will not only reward them with an award of outstanding performance but also support first-class Muslim youths in securing scholarship awards and other funding opportunities for postgraduate studies.

With the foundation aiming to provide a sense of motivation for Muslim youths, their past conferences have been platforms through which they also hone the employability skills of young Muslim graduates from Nigeria’s higher institutions of learning and ultimately provide sustainable career paths that will spur Muslim youths to the peak of their endeavours in the shortest possible time.

Speaking on the impact of the foundation, Sobayo, explained that “Within four years of organising the M-First Series Leadership Programme for first-class Muslim graduates, a total 223 first-class Muslim graduates have passed through the programme. Many of them are now studying further within and outside the country. Some of them have also gone into the work industry.”

He added, “the foundation’s mentoring programme is helping them stay focused. All the participants, at one time or the other, have confessed that the foundation’s programme has transformed and given meaning to their lives and also provided opportunities for local and international corporations to access and engage Muslim youths in their establishment.”