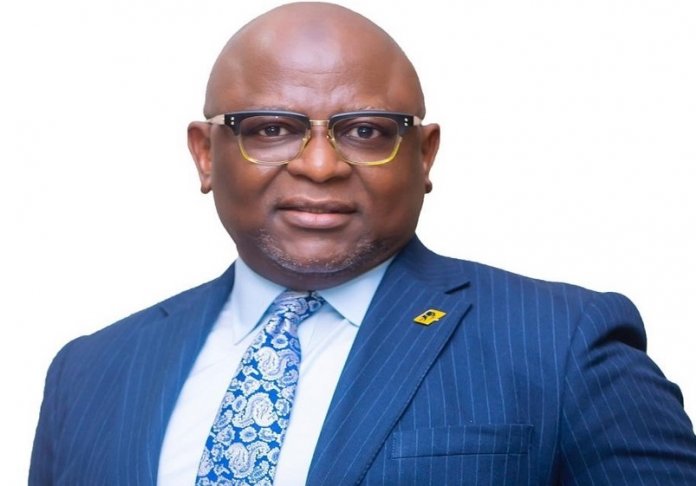 Measuring genius, impact and efficiency is no small work, especially when there are seemingly innumerable sides to them. The metrics that are eventually employed must be such that they are not only useful and reliable but also widely accepted. The Forbes Best of Africa Awards is such a metric, and so when it says that Adesina Adeduntan is a man deserving of regard and reverence, he is.

These are rainbow times for renowned First Bank of Nigeria MD/CEO, Adesola Kazeem Adeduntan. Evidently over and above many of his contemporaries, Adeduntan is one of three prominent African business leaders (the others being Idahosa Wells Okunbo, the CEO of Ocean Marine Security, and Mahmood Ahmadu, Founder and Executive Chairman of Online Integrated Solutions) who are Forbes Best of Africa Award recipients for the year 2020.

The Best of Africa Award is a prestigious recognition and acknowledgment of talents coupled with skill and foresight in designated industries and career spectrums. The fact that there are only three individuals to be honoured in this light this year is telling enough—it is a respectable and illustrious symbol of recognition.

To illustrate its breadth of influence, Forbes has reported that this year’s award presentation will feature a keynote address by former Nigerian President, Olusegun Obasanjo, a peerless leader known far and wide. So, the honour is not lost on Adeduntan—but he deserves every bit of it.

At 51, Adesola Adeduntan is one of Nigeria’s foremost banking and business executives. An experienced hand in the sector of banking and investments, it is surprising to most that Adeduntan is actually a veterinary doctor (from the University of Ibadan).
Since joining the banking industry in 1994, Adesola Adeduntan has shown that the precision required of veterinary surgeons is available for a sharp-shot investor and banker. Evidence of his successes are littered over the corporate place, the latest of which is his lecture at the Edinburgh School of Business, in March 2020, where he explored and explained the role of financial institutions as drivers of financial inclusion.

With respect to the current global situation, the awards will be presented to Adeduntan—and the others—on September 11, via a virtual event in conjunction with Foreign Investment Network (FIN). Without question, Adesola Adeduntan and others like him are paving the way for global and industrial recognition for Nigerians and Africans.
Great times for Adeduntan and co and Nigerians and Nigerian bankers anywhere.