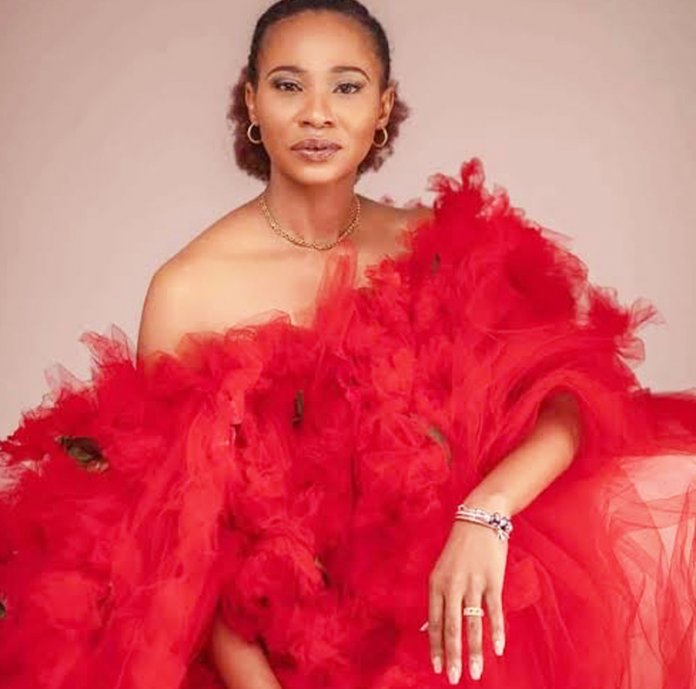 As the news of the sequel to the 2018 blockbuster movie ‘King of Boys’ gathers momentum, it gladdens the fans of Nse Ikpe-Etim that the screen actress will be among the lead cast. The Nollywood star tells Ferdinand Ekechukwu what fans can expect

The upcoming ‘King of Boys’ sequel will feature new faces, mostly from the just concluded #KOBstayHomeChallenge. Nollywood star, Nse Ikpe-Etim is one of them. She recently shared her excitement on this project with showbizflair: “This year has been a mixture of all sorts. So many interesting projects and KOB (King of Boys) has added to the excitement I have felt. Just butterflies in my belly. It’s always an honour to work with great talent and this I have gotten; looking forward to so much more.”

Ikpe-Etim first shared a photo of her script with an inscription by Kemi Adetiba which reads, ‘To the incredible talented Nse… Can’t wait to create magic w/you!!!” The actress further confirmed that she would join other Nollywood celebrities set to star in the forthcoming “King of Boys”. “It’s official. I am joining the ‘King of Boys’ family on its sequel. Thank you @kemiadetiba for your inspiring work and I cannot wait to create magic with you and the rest of the team,” Nse posted on her Instagram page.

The 2018 political thriller tells the story of Alhaja Eniola Salami (played by Sola Sobowale), a businesswoman and philanthropist with a promising political future. She is drawn into a struggle for power which in turn threatens everything around her as a result of her growing political ambitions. To come out of this on top, she is caught up in a game of trust, not knowing whom really to look up to, and this leads to her ruthlessness. The gist of Nse starring in the movie gladdens the fans of the screen actress.

The co-producer, writer and director of the film, Kemi Adetiba had days back announced that Nse, alongside Nollywood actors Richard Mofe-Damijo and Efe Iwara are among the top cast to feature in the second part ‘King of Boys’. According to Kemi Adetiba, the actress will play the role of Jumoke Randle. “Love notes to a Spectacular Actor!!! Been wanting to work with you. Nse for so so long I finally get the chance, and can’t wait for you all to meet Mrs. Jumoke Randle. Wife to Governor Tunde Randle! Oh what a character!!! The King of Boys might have her hands full in this sequel,” Adetiba’s post revealed.

On the first part of the movie, Nse describes it as “Bold and defiant,” adding that she liked it for its unconventionality. “I liked it. Non conformity is my default. Actually I loved it…” Nse’s extraordinary acting, her gracefulness, mystery, and beautiful interpretation of roles make her a beloved of Nigerian film lovers. Interestingly, as an all-round actor who has grown over the years and made her mark in the film industry, Nse has lived the life she constantly watched on the screen even though she had no knowledge of how to achieve them.

As much as she has played so many roles in diverse films, for most actors, there seem to be a favourite character they have lived. One film that stands out to her is the silent film, “A Hotel called Memory.” She explains in a recent interview on the Akin Omotosho and Ego Boyo feature.

“The silence of my character was everything. It helped me deal with my health issues at the time, plus it was something I’d always wanted to do… a dream come true.”

Another striking thing about the actor is the way she exudes confidence. Nse, who ran back to Nigeria following the global tension occasioned by the COVID-19 pandemic, expresses her feelings that she misses home and just can’t wait to go back to the UK. “Just can’t wait to go home… Home is where my heart and family is,” she reiterates. “I can’t wait to go home. I say again.” Asked if she’s carrying a UK passport, she quipped. . . “Just residency. No rush. . . It takes 10 years to get a British passport; it’s not America.”