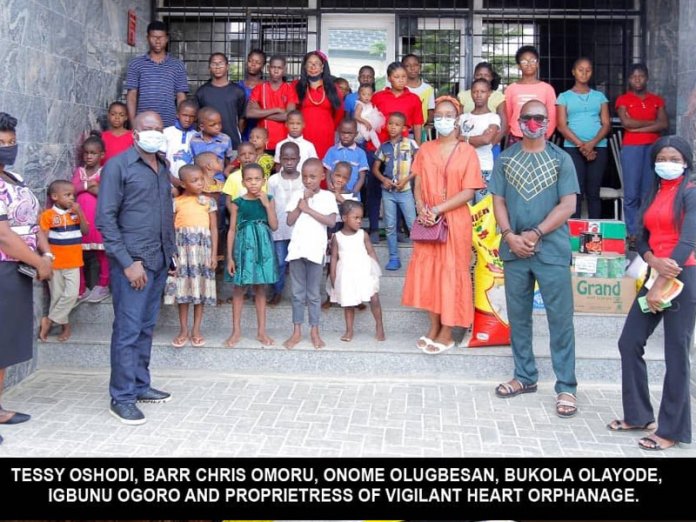 To mark his birthday, Christian Erhigbare Omoru recently spent the day with his friends at Vigilant Hearts Orphanage Home in Lagos.

As part of his annual commitment, this year, he visited the Vigilant Hearts Orphanage Home with his friends and colleagues to donate items to the children of the home.

Omoru, who is popularly called by his initials “CEO” declared that he is committed to impacting the lives of these children whose parents have left in the care of Vigilant Heart Orphanage Home.

Speaking with the children and staff of the home, CEO clearly stated that the visit was aimed at demonstrating kindness and replicating what his father, Evang. Amos A. Omoru impacted in him from childhood where he grew up with children that were not directly his biologically.

He added that he also come to specifically “commend the head of the home for carrying out this great responsibility of taking adequate care of these children that desire our attention”.

After spending time with the kids, the celebrant and friends donated some gift items to the home that would help in its daily running.