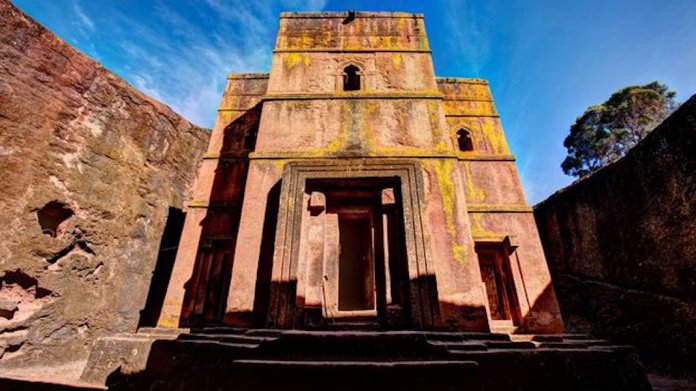 The discourse on the growth, evolution and universal spread of Christianity must take into account how a provincial religious formation became a universal force. How, in other words, did a religion that emerged within the cultural and religious context of the Middle East, and broke loose from the religious exclusivism of Judaism, derived the adaptive capacity to supplant many other religious framework and become the choice of over 2.4 billion (or 29%) of the world population. In all my fascination with, and research into, Christianity, this is one dimensions of its evolution that has remained curious for me. And it became more so as we grew up to know that the Europeans came with ‘their’ religion to supplant our African belief system. Then the more we got established as Christians the more we grew up and became aware of the subversive force of African spirituality. By “subversive,” I mean the capacity of African Christians to insert their traditional religious beliefs into their Christian doctrinal dynamics, without any sense of unease about contradiction.

The story of the Ethiopian eunuch, in Acts of the Apostle, chapter eight, cogently focuses my theological curiosity about the spread of Christianity across boundaries, cultures and races. As the Biblical narrative goes, Simon Bachos the eunuch, the official treasurer of Candace, the Queen of Ethiopia, was returning from worshiping in Jerusalem. And on the road from Jerusalem to Gaza, he had an encounter with Philip the evangelist. Simon Bachos was reading from the Book of Isaiah (53:7): “Like a sheep being led to the slaughter or a lamb that is silent before her shearers, he did not open his mouth.” And when Philip asked him, “Do you even have any inkling of what you’re reading?” the Eunuch wasted no time in responding: “How could I understand except someone explains to me?”

The Ethiopian Eunuch’s lack of understanding is understandable. He was reading the scripture out of context, and he must have been so confused. How could the person allow himself to be led to the slaughter without giving an adequate and indeed vigorous defense of his innocence? Even though the Bible recorded that Simon Bachos was later baptized, and then became the first African convert to Christianity, the important issue for me is how he was later able to adapt to Christianity in the light of his Ethiopian culture. How was Simon Bachos received on his return back to Ethiopia, and his duty as the treasurer of the queen? Indeed, how did the core Christian doctrines and dogmas—the immaculate conception and virgin birth, the crucifixion and death, the resurrection and ascension, the trinity, etc.—get merged into non-Jewish cultural contexts?

Christianity came to Ethiopia in the 4th century when King Ezana became converted. It had earlier, between the 1st and the 2nd century, arrived in North Africa. And this arrival of Christianity to the Aksum empire is significant because Aksum became a fundamental nodal point through which the trading networks linked the Roman empire, the Byzantium empire and the other lands in Africa south of the Sahara. The Christian message of salvation would ride on this trade networks to infiltrate African cultural framework. In a recent archeological excavation in northern Ethiopia that led to the discovery of the 4th century church, we began to get close to the dynamics that eventually led to the emergence of the African church that coalesce the boundary between the Christian and the African tradition. The collection of findings at the excavation site, and especially the discovery of a gold and carnelian ring with an image of a bull head, points at the intricate and complex mixture of Christian and “pagan” beliefs and traditions.

Of course, the indigenous African churches began in crisis that eventually culminated in a revolution which gave the churches their distinct identity. And the crisis began at the point of identification: were these churches Christian or African or none or both? It is to be expected that the definition of “Christian” is already loaded with Eurocentric Christian doctrinal beliefs. As such, the indigenous churches were regarded as a pagan caricature of the Christian faith. However, more objective scholars have outlined the role that indigenized Christianity played in the Africans’ attempt to regain their agency and humanity that had been debased by colonialism. The essence of the indigenous church therefore was to resist the colonial narrative that perceive the African as a beast without religion or values. Yet, Christianity could not have grown unless the Africans were able to experience it as an indigenous religion. And this takes the arduous and complicated processes of negotiation, translation and interpretation into idioms that the indigenous population could relate with. The African converts must be able to see themselves and their cultural beings in the Christian worldview to be able to properly allow themselves to be converted. And the Bible had to be appropriated voluntarily into the local framework of ontology and symbol.

It is in this sense that we begin to understand the fundamental work done by Bishop Samuel Ajayi Crowther, the first African Anglican bishop and the translator of the Bible into Yoruba. Crowther’s life mission as a Yoruba Christian was to make the messages and doctrines of Christianity translatable into Yoruba to facilitate the work of evangelization. And thus, he had to give the Yoruba Christian idiomatic framework that will make Christianity acceptable by the Yoruba. The Christian cosmology must find its way into the Yoruba cosmology. And the Yoruba must find their òrìsà in the Christian pantheon. Olodumare, the Yoruba High Deity must become the Judeo-Christian God, and Èṣù, the primordial Cosmic Policeman, became Satan or Devil. Bishop Crowther, as well as the other Yoruba/African apologists for Christianity, had to ransack the Yoruba theological framework to look for names and equivalents that fit the Christian theological dynamics. It is this syncretist adaptation that was the foundation of the indigenous Christian church in Africa.

To be significantly African, and to shed the pejoration of being a form of corrupted Christianity, the African indigenous churches had to draw essentially on African customs and cultural practices. Indeed, it is this regard for African culture and spirituality that led to the revolution which gave birth to the African Church in Nigeria in 1901. Joseph Kehinde Coker, the People’s Warden led the protest over the refusal to allow an African mode of worship in a white-dominated Anglican church. It was time to own Christianity as an African religious formation. During the first service of the African Church, its Lay Preacher, D. A. J. Oguntolu took his message from Song of Solomon, chapter 1, verse 6: “Don’t look down upon me because I am black because the sun has tanned me,–my brothers were angry with me and made me work in the vineyard. I had no time to care for myself.” This was one of the origins by which Africans began to appropriate Christianity and Christian symbols, liturgy and spirituality in their own ways, and in line with the imperatives of their cultures.

On the other hand, the “spiritual” churches—unlike the “nationalist” churches like the African Church and their struggle for control and leadership—emphasize the gifts and power of the Holy Spirit, and the Spirit’s influence on human life and endeavors. The Celestial Churches, Cherubim and Seraphim churches (in Nigeria), the Zionist churches (South Africa), and the Aladura movement in West Africa. The emphasis on the manifestation of the Spirit, rather than on Christology, provides a form of connecting dynamic framework with the traditional African ontology of divinities and spirits. Yoruba polytheistic religion, and its pantheon of òrìsà and divinities, is even more disposed to allowing the inclusion of more spiritual entities like the “Holy Spirit.” Indeed, Christianity made an almost easy inroad into Nigeria, through Abeokuta. This is because the Yoruba culture has a fundamental adaptive and accommodating framework that is not hostile to any non-Yoruba cultural or religious practice. Thus, the Yoruba would say, “Inu Ifá ni Fatima wa” (Fatima, a Muslim name, is part of the Ifá signs). And the Ifá divinatory system itself is famous for its adaptive capacity to include new historical and cultural developments, from the coming of the railway to the arrival of Islam and Christianity.

No wonder the African Church was the first in Nigeria to signal the emergence of the African initiated churches. African Christianity therefore began as a legitimate attempt to come to terms with the Christian messages, dogma, doctrines and practices from the solid background in African cultural practices and ontology.