There is need for the federal government to implement policies that would enhance productivity in the country, writes Obinna Chima

Nigeria’s already traumatised economy was further bruised by the Covid-19 pandemic as the country’s second quarter (Q2) 2020 Gross Domestic Product (GDP) released on Monday showed that it contracted by 6.10 per cent year-on-year.

The development was a reflection of the trend globally as the pandemic significantly chopped off global output during the second quarter of the year.

According to the National Bureau of Statistics (NBS) report, the economic decline came on the heels of the nationwide shutdown efforts by the government to contain the spread of the COVID-19 pandemic.

The report stated that during the review period, domestic efforts ranging from initial restrictions of human and vehicular movements implemented in only a few states to a nationwide curfew, ban on domestic and international travels, closure of schools and markets among others had affected both local and international trade.

As a result, only 13 activities recorded positive real growth compared to 30 in the preceding quarter as average daily oil production dropped to 1.81 million barrels per day (mbpd) in Q2 or –0.26mbpd lower than the 2.07mbpd in Q1.

The NBS noted that the decline in economic growth had truncated the three-year trend of low but positive real growth rates recorded since the 2016/17 recession.
Real GDP contracted by 2.18 per cent year-on-year for the first half of the year (H1 2020) compared to 2.11 per cent recorded in H1 2019.

The non-oil sector also contracted by 6.05 per cent in real terms in Q2, representing the first decline in real non-oil GDP since Q3 2017.

However, transport and storage, accommodation and food services, construction, education, real estate and trade, among others, experienced the highest negative growth during the review period.

Agriculture, industries and services contributed 24.65 per cent, 21.87 per cent and 53.49 per cent to real GDP respectively.

But some analysts believe that the GDP contraction was not as steep as had been predicted by some economists, attributing the development to activities in the agricultural sector as well as aggressive development finance interventions by the Central Bank of Nigeria (CBN).
To Renaissance Capital’s Global Chief Economist, Charles Robertson, noted that, “Even oil dependent Nigeria (which because of the oil price plunge should be hit worse than many in Africa) has outperformed most developed market economies in 2Q20 – (relative) positive signal for other Sub-saharan economies.

“Part of the reason that Africa should do better than economies like the UK and US is that agriculture is far more important – and less impacted by lockdown than retail/service economies.”

Since the outbreak of the virus in the country, the CBN has adopted an expansionary monetary policy stance in order to save jobs and livelihoods. The first step was for the bank to unveil palliative measures to cushion impact of the virus on economy. These measures included the extension of moratorium on all CBN intervention facilities; interest rate reduction; creation of a of N50 Billion Targeted Credit Facility through the NIRSAL Microfinance Bank for households and small- and medium-sized enterprises (SMEs); Credit Support for Healthcare Industry; regulatory forbearance; as well as the strengthening of its loan-to-deposit ratio policy.

But looking ahead, analysts at CSL Stockbrokers Limited, anticipated improved activity levels following the gradual opening of the economy and the various stimulus plans announced by the CBN to cushion the GDP numbers in the third quarter.

“We expect the economy to slump into recession in Q3, the second in four years, due to the lingering impact of the dual shocks (COVID 19 and the downturn in the oil sector) on output and employment. Specifically, we expect the performance in the oil sector to remain downbeat, due to lower oil prices and reduced production levels in compliance with OPEC+ cuts,” CSL Stockbrokers added.

However, the Lagos Chamber of Commerce and Industry (LCCI) has advised the federal government to reflate the economy with proper implementation of the Nigerian Economic Sustainability Plan (NESP) and effective synchronisation of fiscal and monetary policies in order to save it from sliding into recession for the second time under the watch of the current administration.

The LCCI noted that this would give the economy a boost in the near term even though growth would continue to remain weak and fragile till the first quarter of 2021.

Director General of the LCCI, Dr. Muda Yusuf, said it was important for policymakers to tackle the twin challenge of rising inflation and unemployment rates which are currently at a record high of 12.82 per cent and 27.1 per cent respectively.

“Structural bottlenecks to productivity in the economy need to be urgently removed through a mix of fiscal, monetary and regulatory measures. It is imperative to reduce policy uncertainties in order to inspire the confidence of investors, both domestic and foreign,” Yusuf advised.

Also, the Nigeria Employers’ Consultative Association (NECA) called for concerted efforts by all stakeholders to pull the economy away from downward slide.

The Director-General, Timothy Olawale, stressed the need for the government to, “take a bold step in stopping the slide by refocusing monetary and fiscal policies to support economic sectors that have potential for large scale production and employment as a means to kick-start the economy and arrest the negative growth; foreign exchange should be channelled to the real and productive sectors to increase capacity utilisation and pull other sectors in the value chain along with it; total deregulation of the downstream oil sector and a more deliberate effort at curbing wastages and leakages in government.”

He further called for greater collaboration among all stakeholders with the view of redirecting the economy on the path of positive and consistent growth.

Analysts at United Capital Limited, in their projection, expects Nigeria’s compliance to OPEC+ production cut agreement from August to December, 2020 as well compensation for prior months overproduction with deeper cut, would to limit production to below pre-COVID-19 levels of above two million barrels per day.

“Hence, oil sector GDP is expected to remain pressured. Also, contrary to our initial optimistic position for the non-oil sector to recover by Q4-2020, we now assume the sector will remain contractionary through Q3 and Q4 2020.

“This assumption is predicated on the negative impact of the current forex scarcity, pressure on consumer spending amid rising inflation and unemployment rates, would continue to have on volumes growth.

“Thus, offsetting the anticipated gains from easing economic restrictions and liquidity injections from both the monetary and fiscal sides. However, we believe sectors such as the ICT, agriculture, and Financial Services, which contribute about 45 per cent to real GDP, will continue to stay resilient during the dark times in Q3 and Q4-2020,” the Lagos-based firm added.

Therefore, the latest development calls for concerted efforts to increase productivity in the country, so as to support growth and job creation. In addition, the federal government must improve support to small and medium sized enterprises that employ almost 80 per cent of the country’s workforce as well as ensure that planned reforms in the power and petroleum sectors are implemented. 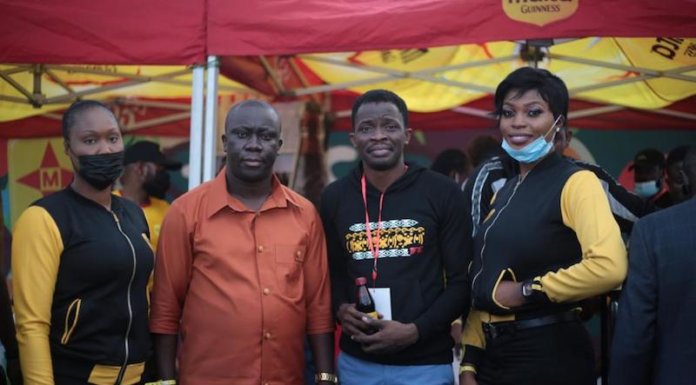