A faction of the Advanced Nigerian Democratic Party (ANDP) has distanced itself from the petition that brought about the nullification of the November 16, 2019 governorship election in Bayelsa State that brought in Senator Duoye Diri as governor.

The disclaimer introduced a new twist to the petition, which made the governorship election petition tribunal, in a split judgment of two-to-one last week, to hold that the November 16 governorship poll in Bayelsa State was invalid due to the exclusion of the ANDP.

Delivering the majority judgment in the petition filed by the ANDP and its governorship candidate, Mr. Lucky George, Justice Yunusa Musa, who declared that the Independent National Electoral Commission (INEC) lacked the powers to exclude any candidate nominated by his party, nullified the election and ordered INEC to conduct a fresh election, within 90 days, that would include the ANDP.

But Diri, in 11 grounds of appeal filed at the Abuja Division of the Court of Appeal last Tuesday, sought for the setting aside of the majority judgment and urged the appellate court to uphold the minority decision delivered by Justice Muhammad Sirajo, which dismissed the ANDP petition and affirmed his election as governor.

However, a factional National Chairman of the party, Mr. James Femowei, told reporters at the weekend that the ANDP did not file any petition against the Independent National Electoral Commission

(INEC), the Peoples Democratic Party (PDP) and Diri at the election tribunal.

He said in Abuja that the ANDP could not have done so having earlier endorsed Diri’s candidacy in the poll.

He added that the party did not field any candidate in the election as the ANDP and its National Working Committee (NWC) did not conduct any primary in Bayelsa State and as such had no consensus candidate for the governorship poll.

He said: “There is an urgent need to address the press and put records straight in respect of the participation of the ANDP in the Bayelsa State gubernatorial election held on November 16, 20l9 and the position of the party on the outcome of the election petition tribunal delivered on August 17, 2020.

“ANDP Bayelsa State did not present any candidate for the purpose of contesting November 16, 2019 governorship election as it had earlier adopted Senator Douye Diri of the PDP.

“The NWC or state exco did not attend any purported ANDP primary in Bayelsa State before the election. How, where, when, which and how was the primary held without the involvement of the party organs in the state?

“Mr. Charles Ogboli should thus produce the list of members who attended the primaries or INEC can equally produce the attendance list of the National Working Committee members and the state exco who were present at the ANDP primaries.”

He stated that the purported National Chairman of the party, Ogboli, had been expelled from the party over an alleged misconduct and he had no right to sue on the party’s behalf.

He stated that the party’s governorship candidate and his deputy had since voluntarily withdrawn from the suit.

“The purported Chairman of ANDP, Chief Charles Ogboli, who has been parading himself as the chairman of the party, had been expelled from the party since December 8, 20l8. Reasons for this expulsion are well documented in a report submitted to the Election and Party Monitoring (EPM) Unit of INEC on December 12, 2018.

“Therefore, Chief Charles Ogboli has no platform on which he could challenge a well constituted gubernatorial election held in Bayelsa and even exercise the temerity to address the press as he had done in the last few days on AIT on April 17 and 18, 2020.

“Ogboli does not have the locus to sue on behalf of ANDP having been constitutionally expelled by a comfortable 2/3 majority of Members of the National Executive Council of the party, guided by the party’s constitution and which action was known to INEC.

“Suffice to say that Chief Charles Ogboli did not contest his expulsion at that time and until date has not done so”, Femowei stated.

He said they would apply to be joined in the suit and raise preliminary objections to the locus of Ogboli to have filed the suit in the first instance.

He added that the press briefing was “not an act borne out of malice, but to refute the unquantifiable falsehood being fed the public through the media. Fake news is a crime.

“We have, therefore, taken a conscientious decision to redeem the golden image of this great party with its unique logo, the whistle, no doubt the precursor of this current administration’s whistle blowing policy.

“We, therefore, urge the security agencies to immediately apprehend this impostor in the interest of peace, law and order.” 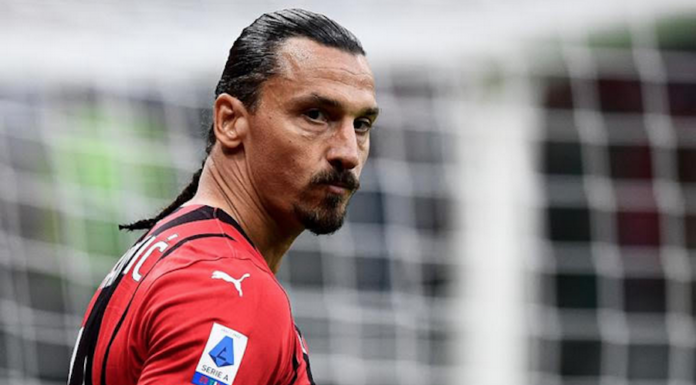