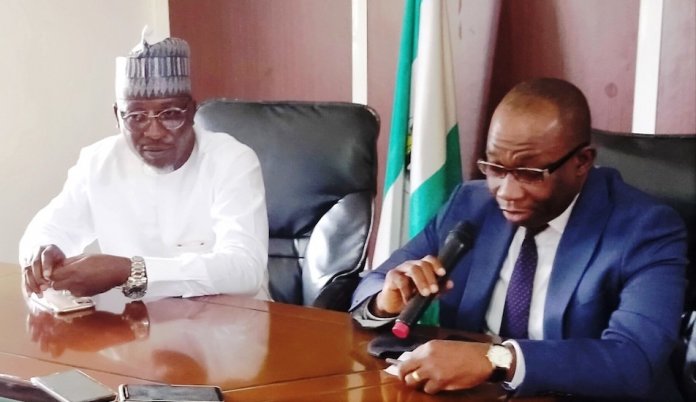 The Nigerian Copyright Commission (NCC) and National Film and Video Censors Board (NFVCB) have signed a Memorandum of Understanding (MoU) to formalise their partnership for enhanced regulation, enforcement and awareness creation in the industry.

The union signifies their commitment to fight anti-piracy operations and improve manpower development while respecting their separate but complementary mandates.

Noting that no agency could fight piracy alone, the Director-General of NCC, John Asein, called for more joint anti-piracy and anti-counterfeiting operations as well as joint sensitisation exercises across the country.

He indicated that the training arm of NCC, the Nigerian Copyright Institute (NCI), would be willing to offer training to the staff of NFVCB and stakeholders in the film industry, while the NCC staff should also acquaint themselves with the work of NFVCB.

“We are both government agencies with a common goal to better the lot of stakeholders, particularly investors in the creative industry. While respecting our separate institutional mandates, we must work together for the love of the country and the good people of Nigeria. NCC will do everything to help NFVCB to succeed and I believe that NFVCB will also do the same for NCC. That is the unwritten rule that we should work by,” he said.

Asein also pointed out that the commission would consider invoking the relevant provisions of the Copyright Act to support the hologram scheme that is being introduced by the NFVCB.

“Our synergy in checking piracy can only bring about a win-win situation in the film sector as legislative provisions are empowering the NCC to prescribe anti-piracy devices such as the hologram, making it an offence for anyone to counterfeit or be in unlawful custody of the hologram. The NCC will, therefore, deploy its statutory powers to ensure that government efforts in securing the integrity and viability of the creative industry are not thwarted by any unscrupulous elements,” he stated.

The Executive Director of NFVCB, Adedayo Thomas, in his remarks, assured the Board’s commitment to improved collaboration with NCC.

He also indicated that the NFVCB would consider measures to ensure proper rights clearance and copyright adherence, including demand for evidence of copyright registration, as a condition for film censorship.

He informed the NCC officials that the Board would soon be implementing the new film policy which would, amongst other things, require film producers to belong to relevant professional bodies as part of the requirements for censorship.

To set the ball in motion, a four-man committee drawn from the two agencies was set up with the responsibility to identify the areas for strengthening collaboration and draw up modalities for implementation.