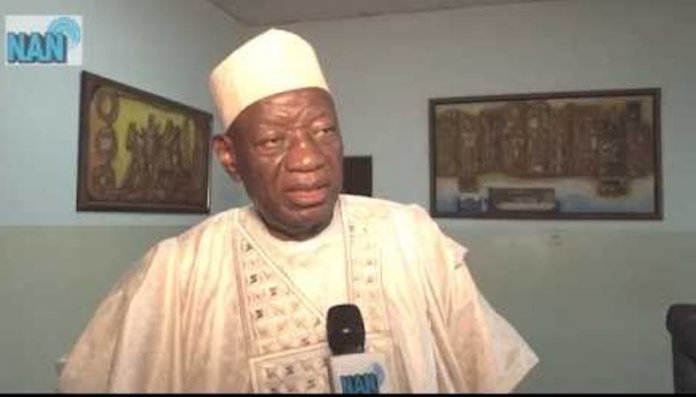 The Newspaper Proprietors’ Association of Nigeria (NPAN) and the National Leader of the All Progressives Congress (APC), Senator Bola Tinubu, have expressed shock over the death of the Chairman of the News Agency of Nigeria (NAN), Malam Wada Maida.

Maida, who was also the Chairman of the Board of Directors of People’s Media, publishers of the People’s Daily Newspapers, died on Monday and his remains were interred in Abuja on Tuesday after an Islamic funeral rite. He was 70.

In a statement signed by the President of NPAN and Chairman of THISDAY/ARISE NEWS Channel, Mr. Nduka Obaigbena, the association described Maida as an intellectual and a gentle giant.

The statement, which was released to journalists yesterday by Mr. Feyi Smith on behalf of NPAN, noted that the association received the news of Maida’s death with utmost shock.

“Malam Wada, a consummate journalist and dedicated canvasser for a free press was one of the pillars of our esteemed association, the Newspaper Proprietors’ Association of Nigeria (NPAN). He was an intellectual and a gentle giant,” the statement noted.

NPAN said Maida’s passage was more shocking as it occurred barely one month after the death of the life patron of the association, Malam Isa Funtua.

“His life was a testament to public good and service, at both the local and international levels. For instance, until his death, he chaired the Board of the News Agency of Nigeria (NAN) and served as a member of the Executive Board of the International Press Institute (IPI), deploying his wealth of experience,” NPAN added.

NPAN described Maida as one of the intellectuals in the engine room of the association, stressing that the former president of the Nigerian Guild of Editors (NGE) was a defender of free press and democracy.

“The nation has lost an icon, and the Nigerian and international press, a strong pillar. We mourn,” NPAN added.
Tinubu also paid tribute to the deceased and commiserated with President Muhammadu Buhari and the Katsina State Governor, Hon. Aminu Masari, over the death of the veteran journalist.

Tinubu said: “I was deeply hurt to learn of the passing on Monday of veteran journalist and Chairman of Peoples Daily, Alhaji Wada Maida, 70.

“His death is a loss to Nigeria and to those who believe in the unity of the country. A statesman and patriot, Alhaji Maida was a journalism icon and accomplished media manager. He was an outstanding figure worthy of emulation by those who aspired to be journalists or otherwise work within the media space.

“Anyone who encountered Alhaji Maida admired and respected him. He was a man of superb intellect and high integrity walked with him.”

He added that Maida’s patriotism, commitment and competence were clearly on display when he worked in the early 1980s as chief press secretary to the then Head of State, Maj.Gen. Muhammadu Buhari.

“This loss of such a close friend, partner and associate must be a difficult moment for the president and I commiserate with President Buhari over Alhaji Maida’s passing,” Tinubu stated.