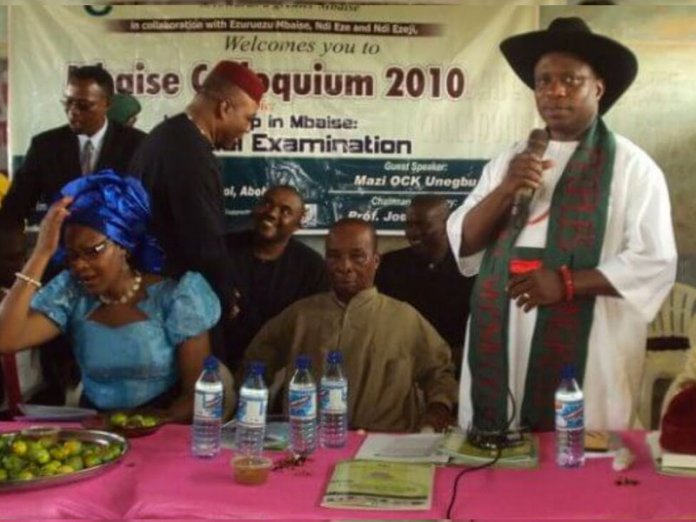 Following the COVID-19 pandemic, the Mbaise People’s Congress (MPC) has cancelled the 2020 edition of its colloquium, held August 14 every year, the Director of Publicity, Engineer Ben Nnaji, has said.

He said, “The decision was taking after a meeting by the National Working Committee of the body considered the health situation in the country.”

The National President, MPC, Honorable Carl Azudibia, also said that, “Although almost all arrangements for the colloquium had been concluded, the congress could not proceed with the conclave because of the health and general implications for the expected participants who usually throng to the conference from home and abroad. Nevertheless, MPC is still focused on its core mandate which is ‘Towards a Greater Mbaise.’

“We sincerely regret the inconveniences this would cause everyone who had planned to attend, including our guest speakers and discussants.

“In its over 25 years of holding the colloquium, this is the second time that the it would be cancelled abruptly; the first time was in 2014 when the group lost its foundation member, Engineer Dan Iheagwara, just a few weeks before the event, which threw everyone into deep mourning,” he said.