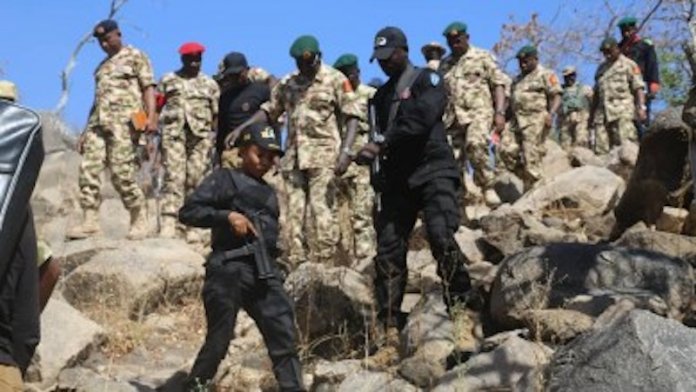 In a bid to completely eliminate banditry in the North-west region, troops of Operation Sahel Sanity have destroyed 12 notorious bandits’ camps and killed three of the criminals in Yobe Baranda community, Batsari Local Government Area of Katsina State.

The acting Director, Defence Media and Operations, Brig. General Benard Onyeuko, stated this yesterday when he briefed journalists at the Special Army Super Camp IV in Faskari LGA of the state.

He said the Nigerian soldiers, during the combined special clearance operation in the area, left many other bandits with varying degree of injuries.

According to him, “On August 12, 2020, in a combined special clearance operation, the troops destroyed 12 bandit camps at Yobe Baranda in Batsari LGA of Katsina State, three bandits were neutralised in the process while others escaped with various degrees of gunshot wounds.”

He added that the troops also smashed a notorious arms smuggling Nigerien syndicate, who specialised in supplying arms to marauding bandits in the North-west region of the country.

The trio of Alhaji Adamu Alhassan, Salisu Adamu and Abdullahi Sani, were nabbed by the eagle-eyed troops at Dantudu village in Mailailai District of Sabon Birni LGA of Sokoto State.

Onyeuko explained that preliminary investigation by the army revealed that the dangerous consignments were meant for some bandits terrorising communities in Isah LGA of Sokoto State.

He said: “However, one of the arrested arms suppliers, Alhaji Adamu Alhassan, who is diabetic and hypertensive, experienced seizure and gave up the ghost while he was being rushed to the hospital.

“Nevertheless, the investigation of the other two accomplices has continued in order to track and arrest all those in the chain of the heinous activities in collaboration with other intelligence and security agencies from our neighboring countries.”

He, therefore, urged residents of the North-West zone to provide timely and intelligence information that would enable the troops to flush out the recalcitrant bandits.