I
am not a fan of former President Olusegun Obasanjo and let me make that categorically clear from this point. I would return to this later for my reasons.
I sat in my corner observing the spats generated by the former President’s remarks on the death of the late senator and controversial politician, Buruji Kashamu (aka Esho Jinadu).

And why did Obasanjo spell out the full names (or pseudonyms) of the bulky ‘businessman’ turned politician? I am certain that till his death, not many Nigerians indeed knew which name indeed was authentic in relation to this personality.
And that was one of the many contradictions that his life evoked the moment his being was unleashed on the psyche of Nigerians as one of the gladiators in her contemporary political history.

In my estimation, Obasanjo’s action was not accidental calling out Kashamu’s other names in his letter of condolence to Governor Dapo Abiodun of Ogun State. In Yoruba, naming is a very key component of enforcing societal discipline and order.
They would say, “T’omo o ba daran, la se somo l’oruko”, meaning it is for the ease of identification should a child commit crime that he is given a distinct name. When a single individual goes by different set of names in established legal documents in his lifetime, this becomes suspect.

Of course, one is not unaware of the reality that there abound many Nigerians, who have found their ways to top offices in this country through some dubious paths.
How does a man bear Esho Jinadu and at the same time carry the tag Buruji Kashamu and with that be elected into a country’s most exalted chamber for lawmaking? Drop the sentiments! Kashamu (or was he Jinadu) did not leave a good name behind.
Those who quarrel with Obasanjo over his stance should remember that once a name is soiled in especially among the Yoruba speaking part of Nigeria, the rest of the community avoids such a name like a plague.

If in doubt, what sentiments does a name such as Oyenusi evoke among the Yoruba? Robbery! What feeling do you get once a man is called Lawrence Nomanyagbon Anini? Even till date, the name Abacha sounds synonymous with looting, ruthlessness and other forms of brigandage you can find in governance.

If you quarrel with Obasanjo, dare name your son Kashamu and see how the society frowns at you.
If it is an aphorism, I find it a very distasteful one; and one that does the society no good. Why can we not read the dossier of the dead to the hearing of the living? The records left behind by those who pass away should either teach the living the good or the bad. Those who want good testimonies after their departure must endeavour to work for it; nothing comes free.
I recall vividly as Politics Editor, a correspondent in the North once filed an interview with one of the notable goons of the Abacha ignoble era.

Quite conscious of the frightening human rights abuse records of this fellow, who had however retired from the Nigerian Army, I found it incongruous to use the pages of the newspaper I worked for then to publish the whitewashing the sent interview represented.
It ended in the trashcan. Even as journalists, we owe the society the sacred duty to tell the world as it is and not allow anyone use the power of money to obliterate people’s dirty past with image laundering publications.

Those who benefitted from Kashamu’s wealth are quick to say he was a kind, generous man. Yes, I am not out to dispute that. Personally, I abhor philanthropy of the dubious. How do you steal from the people and claim to be kind to them by simply parting with fractions of your loot?
And the point is that would Kashamu (Jinadu) have been so ‘generous’ had he toiled genuinely for the money he made? Would he have bulldozed his way into the politics of Ogun State the way he did if he had lived as Esho Jinadu (said to be his real name)?

And that brings me to the polluted politics of our land. Of course, it is the political manipulations of the ilk of Kashamu that usually fuel the cliché that “politics is a dirty game”. Dirty in the sense that here is a game where no rules are applied even when those rules are set in black and white.
The only rule that dictates is money. And it is those who have it (in excess) that are commanders-in-chief of the political forces. It is the major reason well intentioned, service-oriented, and compassionate men and women pocket their ambitions the moment moneybags arrive the scenes at our national and local community political scenes.

And by extension, it is also the reason the nation’s political field is peopled by players with questionable pasts. A man who stole in a United Kingdom trading company served as governor of a state in Nigeria. Anyway, he ended up serving jail terms in the same UK even if this was punishment for crime against his own people via mindless rape of their treasury.

A senator of the Federal Republic of Nigeria once rose on the floor of the Senate years ago. He looked round and told the Senate President that he was sorry for himself and Nigeria the caliber of people emerging as ‘leaders’ and ‘representatives’ of their people. Why this lamentation?
The senator, a retired Deputy Inspector General of Police looked round his colleagues and said he felt odd sitting with a member who he, as a Commissioner for Police in one of the South-South States, had investigated and found guilty of armed robbery. That hair-splitting disclosure has not removed that senator from the political firmament of Nigeria.

I have it on very good authority that the head of a Federal Government agency who was standing trial until few weeks ago over squandering of billions of Naira belonging to the agency has vowed that he is going to contest a senatorial seat of his district in Kogi State come next general election.

If he wins (as he may, given the humongous resources available to him) he too joins the ‘elite’ group of political warlords who dictate who gets what in Nigeria. He may even emerge to have oversight functions over the same agency where he has allegedly stolen billions of Naira.
Let me add that award-giving organisations, media houses, youth groups, women organisations, professional and artisan groups have helped to nurture this culture much to the detriment of our collective wellbeing.

Those who have taken Obasanjo up on his comment were to me only expanding the frontiers of their decades old animosity with the man curiously referred to as Ebora Owu.
But back to reasons I am not a fan of the former President. I am happy he has said Nigerians should say whatever pleases them when he also takes the final bow.
I do not know what Lagos State, as an entity, would write about Obasanjo when he takes his leave. But Lagos’ condolences must remind the world how Obasanjo essayed to strangulate the state by whimsically holding its allocation in order to compel Bola Tinubu to go down on his knees in obeisance to the “Federal Might” he (Obasanjo) never realised was an anathema in a federalist arrangement.

As a young reporter for The Guardian, I once stumbled on a man in Edo State. He was a pitiable sight. Inspector Ale (can’t recall his full name) had bitter tales of an encounter with Obasanjo while serving under the Ogun State command in the late 80s. According to his account, he was part of a police team at a checkpoint, which stopped vehicles for routine checks.

Obasanjo’s vehicle was allegedly stopped but when it was discovered he was the occupant, he was asked to go. That, as the story went, did not please the former President who ordered he be taught some lessons. Inspector Ale claimed that this culminated in his eventual dismissal as he had earlier been told he would not survive it in the police.
It is certain the people of Odi, Bayelsa State who won’t forget the November 20, 1999 massacre of everything living must, by now, have prepared their befitting epitaph for him.

Six months into his administration, Obasanjo, in what has gone down in history as one of the most horrendous human rights abuses in Africa, wiped off a whole community even when the security agencies had the option of fishing out the culprits who attacked and killed some soldiers. But Odi was murdered on the orders of Obasanjo.

Of course, there has been some aura of invincibility around the former president. He appears too lucky to have gone away with all he had done as well. But just as Kashamu bowed, Obasanjo will, like every other mortal. We shall all say what we know about him in very clear, unambiguous adjectives.
––Okanlawon, journalist, media and communication advisor, writes from 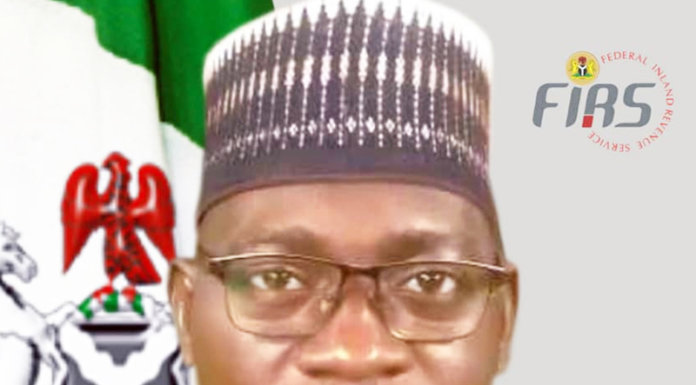