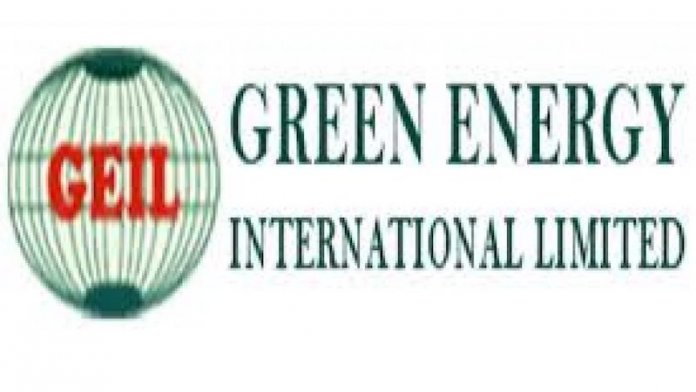 I magine living in a society where all the electricity is generated from solar, wind, water and geothermal energy. This is a complete shift to green energy which is dependable on the weather that is continuously fluctuating.
There is no way of determining the reliability of this source of energy.

What if there is not enough wind blowing in that particular moment to generate electricity? What if it is a cloudy day and the stream of light from the sun is not enough to trigger the photoelectric effect in the photovoltaic cells that make up the solar panels? These are all issues that are impeding the switch over of power generation from the burning of fossil fuels to green energy.

There is this uncertainty on relying on our environment to generate enough power for our daily lives. However, Masdar city in the United Arab Emirates, in particular, has taken on this risk of using only renewable energy as a source of electricity. The city focuses mainly on generating electricity from solar energy. Instead of the generic implementation of rooftop solar panels, there is a cluster of photovoltaic cells that are built in the desert to power the whole city.

This is a form of adapting the concept of the use of rooftop solar panels in generating electricity through the capturing of sunlight’s energy to suit its surroundings, as a solar field in the middle of the desert was deemed a better format of trapping the energy from the sun. It is interesting how a scientific principal can be adapted to become more effective through the exploration of different designs.
The concept is not lost but enhanced through the risk taken to try a different format from the generic use of solar panels on rooftops. We need to think of better ways to implement the scientific theories that are already known to us into new and better designs. We should not think to stick to the generic designs already put in place.

For example, in hydroelectric power, can we find a better way of constructing the hydroelectric dams in a way that it does not take up a great amount of space but still gets the job done of generating electricity from water. What will the best design of the dam look like that will suit our country? It can be so simple but yet it still utilises the main concept of using the water to turn the turbines to generate electricity but in a compact and effective format.

There have been great developments in the generation of power in Nigeria, as there has been a progression in hydropower. Although there is still great reliance on fossil fuels like many other countries, it can be still seen that alternatives have been explored.
The problem of climate change that is faced worldwide has been highlighted through various efforts driven by renowned organizations, especially in the documentary, ‘Inside Bill’s brain,’ one can see how odd some of the efforts are.

One thing that resonated with me in this documentary was that there was a blatant statement made of how one doesn’t need to create complex structures in slum-like areas to reach a common goal. There could be a different way one can look at a certain situation that can be of better suiting to the state of a developing country.
We don’t necessarily need to follow the designs already put in place of generating electricity from renewable energy. In episode 1 of the documentary, there was the discussion of the use of the omni processor which is a way of generating not only water but electricity from waste products -faeces.

This concept is essentially a form of green energy that acts as an alternative to wind turbines, solar panels and hydro-electric power plants. The ideology of killing two birds with one stone as the structure plays two vital roles is more effective than the rest.
We are constantly egesting waste and with the population of our country, we will have an endless supply of this source of energy without delay. This makes me think that: is there anything else that we are missing when it comes to finding new renewable sources of energy?
Other than faeces, what else can be used as a source of energy? This shows the power of just thinking, as what we often see as of no use has been brought to use by the act of brainstorming. An idea of changing a problem into a useful tool to create change is written all over this creation of the omni-processor.

There was a sanitation problem as sewage waste from toilets accumulated around the slum-like area in Senegal. It took a brave person to come up with a weird idea of using this waste product- faeces – coming from sewage to act as a form of energy to power our daily lives.
Many would have dismissed this ideology as it had not yet been a full-fledged invention that could be seen before our eyes as often ideas in the early stages always seem impossible. However, it takes a few who are ready to take a chance on this idea to develop it further into existence.

There is a lot of riches hidden in plain sight, but the only problem is that we are looking hard but not really seeing a great deal. This is because we often tend to focus on the glitches and imperfections in what we see, and we become lost in a daydream full of thoughts that impede progression. I, like many others, never thought of the concept of a power plant powering itself. It is mind-blowing how this omni-processor doesn’t require the input of external electricity to work as the sewage transmitted to it is also used as its source of energy.
Waste is the one thing that is unappealing in nature, but yet it is not only used as the system’s source of energy but is also used to produce electricity and water. The two necessities of life. This makes me ask: is there more to the world than what we are seeing?