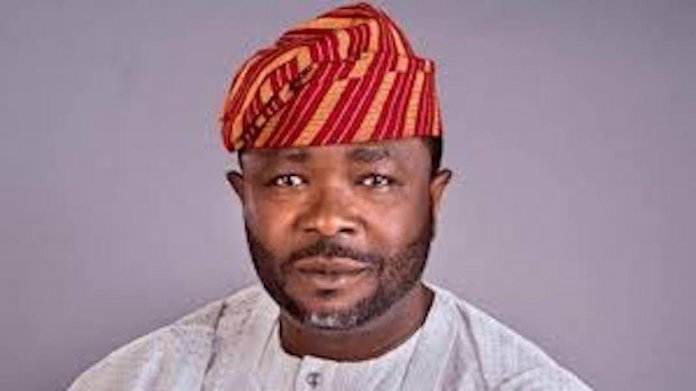 There is no gainsaying the fact that the battle to replace deceased Lagos East member of the National Assembly, Senator Bayo Osinowo is already in top gear. There have been a series of names mentioned as potential replacement. But with time and reasons of coordination, the names have been narrowed down to four people.

Obviously, Lagos is not in want of competent people for the job. It’s a state that parades ebulliently qualified individuals from all walks of life but some very important criteria are to be considered in arriving at who the party should support and put forward to run for the seat.
Recently, when the Governor’s Advisory Council (GAC) asked that names of potential candidates be presented and four notable individuals from the senatorial districts were picked.

The fifth leg of the district, Ibeju-Lekki, was left out by the leadership and deliberately so, because it just produced Senator Gbenga Ashafa, who had spent eight years as senator.
Though so many criteria would be considered for each of the persons listed to arrive at who gets the party ticket eventually, but without prejudice to all the others, the odds appear to favour the candidates in the order they are listed, starting with Ikuforiji for many reasons than one.

Lagos East is divided into five divisions: Epe, Kosofe, Ikorodu, Somolu, and Ibeju-Lekki, and at one time or the other all these divisions had produced senators except for Epe, where Ikuforiji comes from. Thus, apart from the credentials he parades, the people of his area are of the opinion that in the spirit of fairness and equity, the ruling All Progressives Congress (APC) should give Ikorodu the slot this time around.
During the second and third republic, before the military government of Gen. Ibrahim Babangida (rtd), Senator Anthony Adefuye from Somolu had a brief stint in the upper chamber of the National Assembly, which was the only time Somolu ever had a feel of the seat. Therefore, technically, Somolu has also not been sufficiently served.
However, since democracy returned in 1999, Senator Kingsley Adeseye Ogunlewe served four years on the Alliance for democracy platform, representing Ikorodu.

Also coming from the AD platform and from Kosofe, Senator Olorunnimbe Mamora served two terms, before Senator Ashafa, from Ibeju-Lekki represented the Lagos East senatorial district for two terms in the Senate and until his sudden death, Senator Osiniowo was also from Kosofe as Mamora on the APC platform.

These various allocations of the Senate seats with the exemption of Epe in the East senatorial district, however, justify the quest among political leaders from that part of the senatorial district to replace ‘Pepper’ as he was fondly called, and for the purpose of winning an election, Ikuforiji does not only have the needed political clout, he also presents enviable credentials that stand him out among the rest.
He is not just coming into the race as an accomplished academia, thoroughbred technocrat and consummate politician; Ikuforiji is savvy and has experience as an added advantage.

Ikuforiji, a former Tech Community College, Raleigh, NC, USA, Networking Technology lecturer, who recently bagged a PhD and was also recently called to the Nigerian Bar as a Barrister and a solicitor for the Supreme Court of Nigeria, is the longest serving Speaker of any State House of Assembly in the annals of Nigerian political history. He served as Lagos Speaker for 10 years and was in the House for 12 years.
He is a tireless knowledge seeker, who is an alumnus of some of the greatest schools in the world including the Liverpool Business School (LJMU), United Kingdom; John F. Kennedy School of Government at Harvard University, Cambridge University Judge Business School, and the University of Lagos.

His close associates consider him a political powerhouse and an intellectual with dedication to public service, and extraordinary administrative, diplomatic, leadership, and political skills. Some are of the opinion that by every standard, he should be given the right of first refusal if all factors were fairly considered.
Although Bush-Alebiosu would have been most ideal, given his age, personal intellectual development in the last decade and the fact that he had been to the lower chamber for eight years, however, the part of political correctness and balancing for fairness and equity is what the leadership is struggling to deal with as there would not be any basis to shirk Epe again, especially, that the opportunity availed itself without prodding.

Therefore, Bush-Alebiosu naturally comes to mind as one of the names with requisite experience. He has also committed significant time into self-improvement by acquiring educational knowledge and during his time in the House, distinguished himself as a thoroughbred politician and proficient professional in the construction industry.

Coming from a political dynasty of former Majority Leader, Lagos State House of Assembly in the Second Republic, when former Governor Lateef Jakande was at the helm of affairs and the fact that he got his political tutelage from a former Lagos Governor and the National Leader of the APC, Senator Bola Tinubu under whom he served as Special Assistant on Housing, Bush-Alebiosu definitely boasts some advantages to clinch the seat save for the fact that he is from Kosofe.

Ogunbanwo’s name will remain celebrated for the successes he recorded, when he managed the state-owned Lagos Television Authority, so, he will not be a hardsell in the race to the Lagos East senatorial seat but that will be in the absence of those with rich legislative backgrounds. Another argument against him is that he is from Ikorodu, which had produced two senators at three different times before.

Apart from being a member of the current Lagos State House of Assembly, Olowo does not really have much to his name but those postulating the possibility of who gets the ticket are not giving him so much chances and the reason is because he presently has a job as a state legislator.
Then there is another name that is currently the rave of the moment as the fifth force and that is the name of a former Lagos State Finance Commissioner and present Group Managing Director/Chief Executive Officer of Polaris Bank Limited, Nigeria, Mr. Tokunbo Abiru. He is from the Ikorodu division of Lagos East.

Although pundits are of the opinion that he should be left out of the race, not because he is not qualified, however, because to an average Yoruba person, who is on top of developments, Abiru is potentially in line as the next governor of the Central Bank of Nigeria (CBN). So, if he has come this far in his career, why mess up his record on the altar of politics?

On his part, Abiru was interested but he was reported to have told some of his staff to stay calm and ignore the distractions and permutations as they concern him. However facts from his camp do not support this assertion. He is fully in the race now and not surprisingly, one of the frontrunners, with some of the big names said to be rallying support for him. A quiet and unassuming, reform minded technocrate who has managed pulled Polaris Bank from the brink of disaster.

Nonetheless, some analysts are of the opinion that enlisting Abiru for Senate now, when he is at the peak of his career is suspicious. They consider it an active plot against his emergence as the governor of the apex bank in the foreseeable future – probably the force enlisting him for the Senate already has a candidate for the CBN job, when the time comes.

That notwithstanding, he might no longer a pushover as far as the race for Lagos East is concerned, even when he is not amongst the four names being allegedly paraded by GAC. Besides, he is also politically inclined with his father being one of the senators produced in the First Republic. He might also get a lot of support from the private sector.
Therefore, even where Lagos parades a lot of qualified people, decision makers are expected to be objective and ensure that the right candidate emerges, politically. Also, for equity and intentional balancing, it might be only trite that the Epe people also have a sense of belonging this time around.