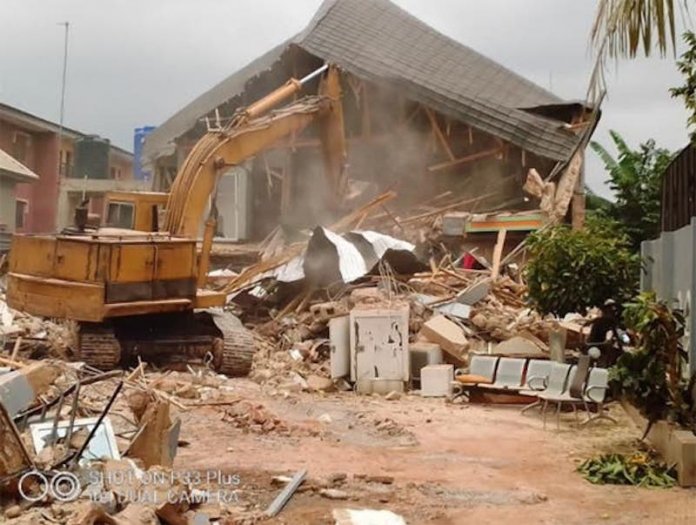 The Enugu State Government yesterday pulled down a twin duplex belonging to a man, Jonathan Emejulu who allegedly demolished the fence of the Akanu Ibiam International Airport during the week, while executing the judgment of Enugu State High Court.

The court is said to have ceded an expanse of land in Airport Road Layout, Phase IV and V to Emejulu, who in Suit No. E/ 165M/2020 returned to the court through an application by Motion on Notice for the court to compel the Commissioner of Police, Enugu State and the Inspector General of Police to execute the court judgment.

However, the Enugu Capital Territory Development Authority, which demolished the duplex at about 10a.m. yesterday, said it was blocking waterways, and flow of storm water.

A Notice of Violation served by the Department of Building Inspection, ECTDA also stated that the building violated building standards.

But Emejulu said he was unfairly targeted by the government for daring to execute judgement of the court to reclaim his property.

Also, the Minister of Aviation, Hadi Sirika, who visited the site during the week, condemned the demolition of the perimeter fence at the airport.