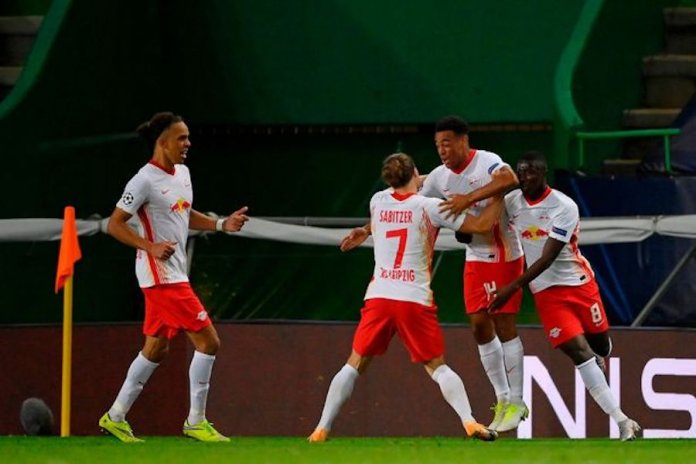 RB Leipzig pulled themselves into the Champions League semi-finals for the first time in their short history with an unlikely 2-1 win over the highly experienced Atletico Madrid in Lisbon on Thursday night.

United States midfielder Tyler Adams snatched victory in the 88th minute with a strike from outside the box which took a heavy deflection off Atletico defender Stefan Savic to flummox goalkeeper Jan Oblak.

The German side went ahead early in the second half with a header from Spanish forward Dani Olmo but a disjointed Atletico were shaken into life when record signing Joao Felix came off the bench, earning and scoring a penalty to level in the 71st minute.