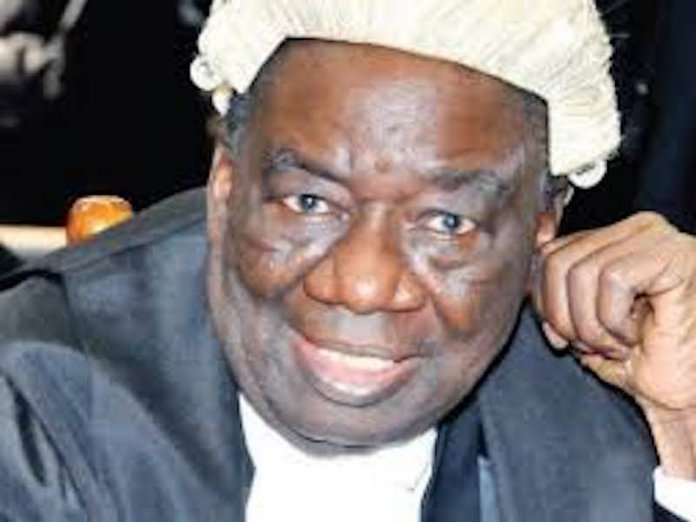 The remains of a former Attorney General of the Federation and Minister of Justice, Chief Richard Akinjide, were yesterday laid to rest at his The Rock, Idi Ishin in Ibadan residence.

The former minister, who served between 1979 and 1983 under the administration of former president, Alhaji Shehu Shagari of the defunct National Party of Nigeria (NPN), was buried after a private funeral service by the family at The Chapel of St. Peter, The Rock, Ibadan, within the family estate.

The Senior Advocate of Nigeria died in Ibadan, the Oyo State capital on 21 April 2020.

A statement by his son, Mr. Abayomi Akinjide, and made available to THISDAY yesterday, said the burial was done in consultation with the Archbishop of Ibadan, Anglican Communion and the Oyo State government in accordance with the prevailing global public health crisis.

He said at the appropriate time, a Celebration of Life, Church Service, and public events would be held in his honour.

He also lauded the federal and state governments, royal fathers and traditional institutions, the legal community comprising the Bar and the Bench, friends, and well-wishers for their prayers and support since the demise of the legal luminary.