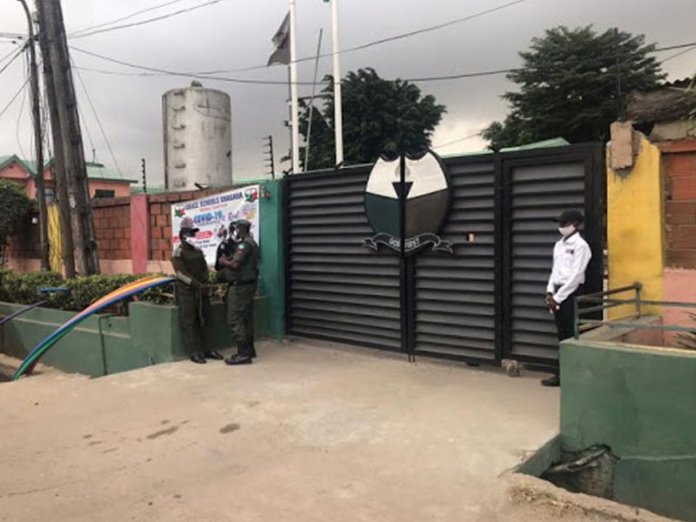 The Parents Teachers Association (PTA) of the Grace High School, Gbagada, Lagos, has protested against the school’s directives that students preparing for the forthcoming West-African Senior School Certificate Examination (WASSE) of West African Examination Council (WAEC), should be lodged in hotels to enable them to meet up with the examination’s time table.

The protest took place in the early hours of yesterday, with protesting parents locked outside the entrance of the school for hours long.

Speaking with THISDAY, one of the aggrieved parents, who simply identified herself as Mrs. Ada, accused the school of asking them to sign an “indemnity if we want our children to resume, and we were wondering why that was necessary.

According to her, “we are SS3 parents, and our children have been here for six years. School was supposed to resume on August 4. We have a platform where we have been asking the school management about their plans for the SSS3 when the government came out with the school resumption plans but they didn’t tell us anything.

“On the Friday before August 4, they called for an online PTA meeting via and asked us to sign an indemnity if we want our children to resume, and we were wondering why that was necessary.

“Because, government didn’t say we should sign any indemnity. The government only asked that the school should put certain things in place for schools to resume.

“They now came back and say they are not opening the hostel facility. This is a school that has children from all over Lagos. And considering the fact that Third Mainland and Eko bridges were blocked, and these children has WAEC in a week time.

Also speaking with THISDAY, The PTA Chairman, Mr. Matin Etta, said: “They did one meeting last week Friday and wanted to open the school next week (August 17), same day WAEC was to start, but we kicked against that and suggested they open today, before they reasoned with us, giving the psychological burden.

“On the issue of boarding, for some people, boarding is the first check list of deciding to take their children to school. There are many parents who wouldn’t have come to Grace High School if there were no boarding house. So, I said to them to please consider opening it, based on the distance between where children live and the school, but they refused.

“I even called the administrator yesterday and he said they didn’t get the approval to open boarding.

“The second thing they can do if they don’t want to open the boarding house, is to call parents together, and plead with parents that lives closer to accommodate children that lives far.

“The school can exploit this avenue instead of telling us to go and lodge my 13 years old child in the hotel in this age and time where sexual crimes are everywhere. There are some things that should not be said. It is wrong.”

The parents later dispersed after several hours of waiting for the school management to address them.

When THISDAY reached out to the School Public Relations Officer, Mr. Aypdeji Ayopo, for the school’s reaction on the allegations by the parents, he said he was going to get back to us before press time. However, we didn’t hear from him as at the time of filling in this report.