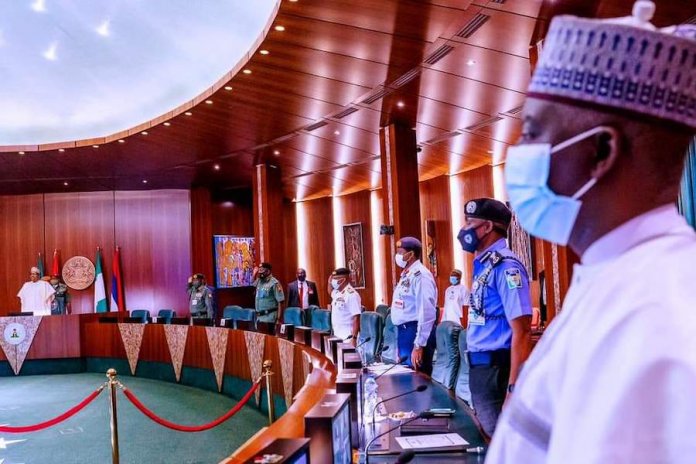 President Muhammadu Buhari has commenced another round of meeting with members of Nigeria Governors Forum (NGF) and Security Council in the State House, Abuja.

The meeting is coming 24 hours after the president met with North-east governors, service chiefs and all heads of security agencies over worsening insecurity in the country.

Present at the meeting are Vice President Yemi Osinbajo, Secretary to the Government of the Federation (SGF), Boss Mustapha, the National Security Adviser (NSA), Major-General Babagana Monguno (rtd.), and the Chief of Staff, Prof Ibrahim Gambari.