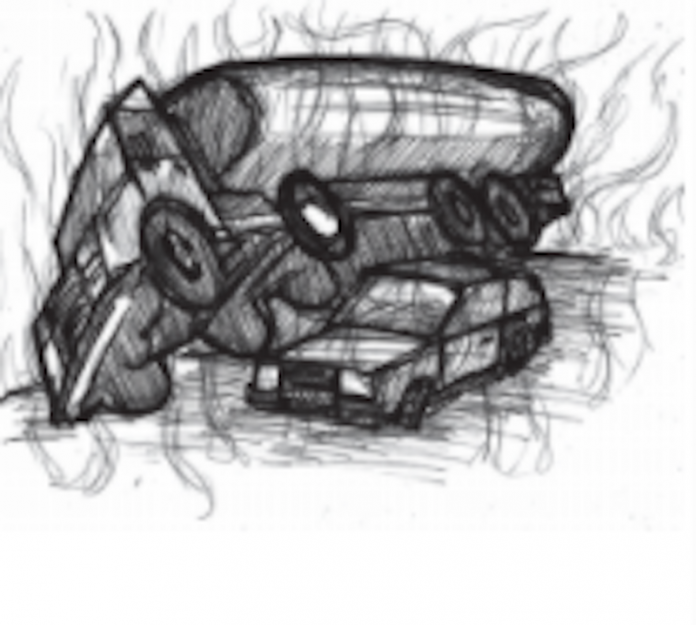 The authorities could do more to minimise accidents on our roads

The recent explosion of a fuel tanker around Koko junction along the Benin/Sapele Expressway in Delta State is a sad reminder of the value we attach to lives in this country. No fewer than 17 lives were lost with scores of others injured. In what has become a familiar story, the tanker reportedly was avoiding a bad spot on the road when it careered off track, sparking off a huge ball of fire. The victims were trapped in their vehicles and got burnt. Those at the scene said it involved 10 vehicles and the casualties were charred beyond recognition.

Indeed, the turnover of victims on our roads is undesirable given that they are often people in their productive years, but who unfortunately can no longer play a part in the future of the country. The Benin/Sapele Expressway is a major road that sustains the economic well-being of the nation, linking the southern communities with those in the western part of the country. Sadly, the road has become problematic for commuters. It has been left in a deplorable condition for almost a decade, and in the process becoming a death trap for many road users.

While the body count from truck accidents keep mounting, we need to point out that these tragedies could have been avoided by simple common sense and inexpensive remedial interventions. It is common knowledge that there are too many rickety vehicles on our roads. The tyres of several of them are worn out; some are in a state of disrepair, just as their brakes are suspect. To worsen matters, the drivers of a good number of these trailers and tankers are most often either drunk or half asleep behind the wheels.

What is happening on most of our highways across the country is anathema to decency in road usage, while the armada of trailers and petroleum tankers will be considered primitive in more civilised societies. Unfortunately, years of toeing the path of impropriety and poor infrastructure development and maintenance in the energy and other sectors are having their toll on other forms of business. That explains why we have tankers of all sorts on the roads every day with all the risks they pose to other motorists.

Indeed, driving on Nigeria’s approximately 200,183 kilometres road network can be risky and arduous as large swathes of the road tracks have broken down and are ridden with potholes. The carnage on the Benin/Sapele Road and many roads across the country is an apparent dereliction of duty by those whose task it is to manage our roads and curb the human and material waste. However, the proclivity by those in authority to neglect the roads has earned the country a dubious reputation as one of the countries with very high road crashes in the world.

Statistics by the Federal Road Safety Corps (FRSC) bear this out. On the average, 12 people died daily in road accidents across the country last year while 4,163 persons were killed in crashes during the same period. In the same vein, about 20,000 of the over 11 million vehicles in the country were involved in accidents. Apart from the roads being littered with craters, driving at night is comparable to walking through a dark alley because of lack of street lights.

We beckon on the authorities to fulfil their constitutional and civil duty to the public by fixing the roads, as some of them only require fresh coat of tars and proper road signals, to mitigate the distressing harvest of deaths.