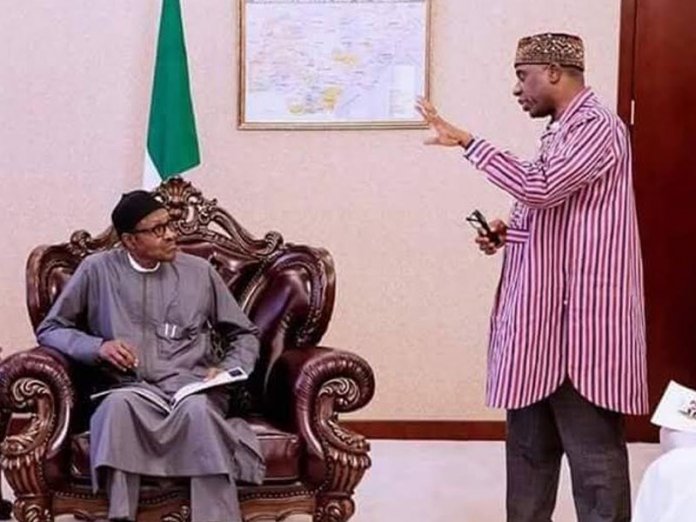 Following the discovery of clauses in the Memorandum of Understanding allegedly conceding Nigeria’s sovereignty to China, the House of Representatives last week summoned the Minister of Transportation, Hon. Rotimi Amaechi and two other ministers to come and shed more lights on the contract agreement, reports Udora Orizu

The House of Representatives was piqued by the reported insertion of clauses in the Memorandum of Understanding (MOU) allegedly ceding Nigeria’s sovereignty to China in the event of the failure of Nigeria to pay back several loans worth billion of dollars sourced to build infrastructure like roads and railways across the country.

The Green Chamber has, therefore, summoned the Minister of Transportation, Rotimi Amaechi, his Communication and Finance counterparts, Ali Isa Pantani and Zainab Ahmed respectively to appear before it on Monday, August 17, and provide details of the loan agreement between Nigeria and China.

The revelation of the alleged insertion of the clauses in the MOU, which seemed to threaten Nigeria’s sovereignty came into the fore as the House Committee on Treaties, Protocols and Agreements, last week, began an investigation into the loans taken by the country from 2000 till date, with a view to reviewing all loan agreements and conditions signed by the federal government.

The lawmakers at the public hearing with ministries, departments and agencies (MDAs) on review of Nigeria’s bilateral loan agreement raised the alarm over clauses in Article 8(1) of the commercial loan agreement signed between Nigeria and Export-Import Bank of China, which allegedly concedes sovereignty of Nigeria to China in the $400 million loan for the Nigeria National Information and Communication Technology (ICT) Infrastructure Backbone Phase II Project, signed in 2018.

The controversial clause in the agreement signed by the Federal Ministry of Finance (Borrower) on behalf of Nigeria and the Export-Import Bank of China (Lender) on September 5, 2018, provides that: “The Borrower hereby irrevocably waives any immunity on the grounds of sovereign or otherwise for itself or its property in connection with any arbitration proceeding pursuant to Article 8(5), thereof with the enforcement of any arbitral award pursuant thereto, except for the military assets and diplomatic assets.”

This raised concerns by the citizenry, as the government was strongly criticised over the management of loans borrowed from China, with many fearing that China might target the country’s assets if it’s not able to repay in the future. The three invited ministers are expected to provide answers on the $500 million loan to be sourced from the Export-Import Bank of China for railway lines in the country.

They are also to provide details on the agreement signed between the federal ministry of transportation and the China Civil Engineering Construction Corporation (CCECC) in respect of some railway projects in the country. The projects involved are the Abuja-Kaduna, Lagos-Ibadan, Ibadan-Kaduna and Kaduna-Kano railway lines.

Chairman of the House committee on Treaties, Protocol and Agreements, Hon. Ossai Nicholas Ossai said, ‘’The House would need details on the agreement between the federal ministry of transportation and ZTE (Nig) Ltd in respect of the provision of community actions and signaling equipment for the Itakpe-Ajaokuta-Warri line.

“Also, the Ministers are to provide details of the agreement between federal ministry of transportation and the China Railway Construction Company International (CRCCI) in respect of the Itakoe-Abuja line/ New Port in Warri project.’’

However, in his presentation, Amaechi said the loan being sourced by the Transportation ministry is a total of $500 million to complete the Lagos-Ibadan railway line, which he put at a total of $849 million, with $349 million as counterpart funding.

Amaechi also warned that the Chinese authorities might not sign the $5.3 billion Ibadan-Kano rail line loan if the lawmakers continue to investigate the agreement. He explained that because China, which is giving the loan is sensitive and monitoring happenings in Nigeria, the House committee might wish to give him till end of December when all the loans would have been received.

The Minister argued that the constant investigations by the National Assembly might give the impression that a part of the government does not approve of the loan and the Chinese government might withdraw the loan. He therefore appealed to the committee to consider national interest in carrying out their oversight function.

‘’My fear is that if this probe continues, at the end of the day, some sections of the country may suffer. In oversighting, there is what is called national interest. But in asking questions on these loans now, it may jeopardise these loans. The Lagos- Ibadan is not completed; the Ibadan- Kano is not completed.

‘’Let the government of China not say there is a disagreement in government on this loan and so we will not give this loan. So, I appeal to the chairman to give us from now till December, when we are likely to secure the loans. Then, from January, February, you can resume this investigation,” he said, adding that the railway projects (Lagos-Ibadan, Ibadan- Kano) were yet to be completed and would be affected.

But Amaechi’s plea was not taken as Ossai, insisted that the Minister should return to the committee on August 17 with two other ministers to give details of the contract agreements.

Ossai said: “We are looking for transparency, which is what the Chinese government wants. So, we will like to have the pre-payment plans for these loans. Most of these contracts signed by the government are not known by the National Assembly as provided for in the DMO Act and we are supposed to know.

“We need to know how many Chinese are involved in these projects and their expertise. In the documents we have seen, there are variations in interest rates. Why do you sign these documents at the same time with different interest rates.”

The lawmaker reiterated that the ministers were expected to appear on the scheduled date unfailingly with details of the contracts concerned.

The loan investigation by the committee followed the resolution of the House at the plenary back in May. The House had at the plenary in May demanded a review or outright cancellation of the latest China loans to Nigeria on the principle of ‘force majeur’ in the light of the COVID-19 pandemic, which started in China.

The lawmakers said then that since the National Assembly had been put in the dark on how most of the Chinese loans were taken and utilised, despite the fact that it appropriates, an investigative committees should be set up by the House to look into all extant China-Nigeria loan agreements since 2000 with a view to ascertaining their viability, as well as regularising and renegotiating them.

The decision of the House followed the adoption of a motion on the need to review and renegotiate existing China-Nigeria loan agreements, which was moved by Hon. Ben Igbakpa.

The House, therefore, resolved that: “In the light of the COVID-19, which started in China, the House Committees on Treaties, Protocols and Agreements, Finance as well as Debt Management is mandated to liaise with the Ministry of Finance and the Debt Management Office (DMO) to seek review or outright cancellation of latest China loans to Nigeria on the principle of force majeur.

“Henceforth, loans should be in tandem with statutory obligations as prescribed by the Fiscal Responsibility Act.”

In his lead debate, Igbakpa said there was widespread global concern about the alleged fraudulent, irregular and underhand characteristics of Chinese loan contracts with African countries, which has resulted in a new form of economic colonialism foisted by China. The lawmaker insisted that there was an urgent need to subject all subsisting Nigeria/China contractual loan agreements to forensic fiscal scrutiny and review.

He noted that records from DMO revealed that China emerged Nigeria’s major creditor under the bilateral deals, with $2.3 billion out of $3.3 billion, adding that EXIM Bank of China is Nigeria’s biggest bilateral creditor in nearly two decades, having lent the African largest economy $6.5 billion (or N1.9 trillion) since 2002.

Igbakpa stated that based on separate Freedom of Information (FoI) replies by the Finance Ministry and DMO, published by a national daily in November 2019, Nigeria has obtained 17 Chinese loans to fund projects across different sectors since 2002.

He explained that transportation and ICT sectors have six projects each financed by loans from the Chinese bank, while energy, agriculture and water sectors respectively, have three and two projects tied to Chinese loans.

The legislator revealed that at the last count, Nigeria had obtained 17 Chinese loans to fund different categories of capital projects, and Nigeria would still be serving the Chinese loans till around 2038, the maturity date for the last loans obtained in 2018.

Igbakpa noted that the first Chinese loan to Nigeria was agreed on March 27, 2002, $114.89 million each to construct two 335 MW gas power plants, namely: Omotosho and Papalanto (Olorunshogo) in Ondo and Ogun states respectively, adding that both plants were completed in 2007.

He said the loan was obtained at six per cent interest rate and it covered 65 per cent of the costs of the project, while Nigeria then covered the 35 per cent balance.

The lawmaker noted that four months after, two other loans totalling $159.83 million for rural telephony were offered at a 3.5 per cent interest rate.

According to him, from 2006 to September 2018, the country obtained 13 more loans between 2.50 per cent and 3 per cent interest rates. The last loan obtained by the government from China was $328 million used for the National ICT Infrastructure Backbone II Project.

Igbakpa expressed concern that International Monetary Fund (IMF) had raised the alarm that most of the Chinese deals are not Paris Club compliant, and for which the World Bank has blacklisted six Chinese companies currently operating in Nigeria over alleged fraudulent corrupt practices, including deceptive tactics, illicit trade, extortion, Greek gifts and neo-colonial proclivities.