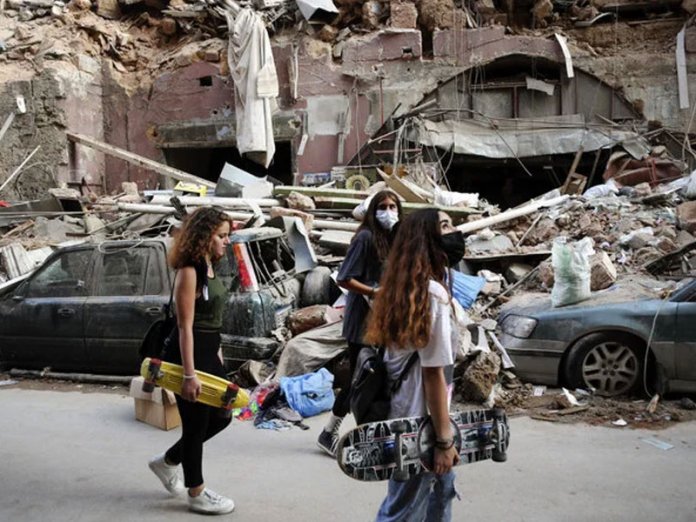 British Broadcasting Corporation (BBC) Focus on Africa radio is reporting that some Lebanese employers have sacked their African maids following the huge explosion that destroyed their houses.

The radio cited one domestic worker who fled her employer in February.

According to BBC, many African women move to Lebanon, and other countries in the Middle East, to work in houses in what is known as the kefala system – which ties their immigration status to tbeir live-in employment .

This employment system has been criticised because it leaves workers vulnerable to abuse from their employers.

Lucy Turay told BBC Focus on Africa radio that fellow domestic workers have been phoned after Tuesday’s explosion by their employers to be told they have lost their jobs because the houses had been destroyed.

Turay reportedly fled her job as a maid and child minder in February after she said her employer threatened to kill her.

According to BBC Focus, she became homeless until an Indian woman found her on the streets of Beirut and gave her the phone number of her country’s consulate.

“While she now lives in a safe house, she says she does not have money for a flight home and her consulate does not either”, the report said.

She told the BBC Focus that the only way her and her compatriots have to raise the money for their flights home would be from funds from a song she wrote.

Journalist Aline Deschamps helped them produce a video of a song.

The lyrics of the song Bye and Bye warn younger women of the dangers of taking a maid’s job in the Middle East.

At least 137 people were killed and 5,000 wounded in a massive explosion that shook Beirut on Tuesday, according to Lebanon’s health minister.

More than 300,000 people were also displaced from their homes. Authorities declared Beirut a “disaster city” and imposed a two-week state of emergency.

Lebanon’s prime minister said an investigation would focus on an estimated 2,750 metric tons of the explosive ammonium nitrate stored at a warehouse.