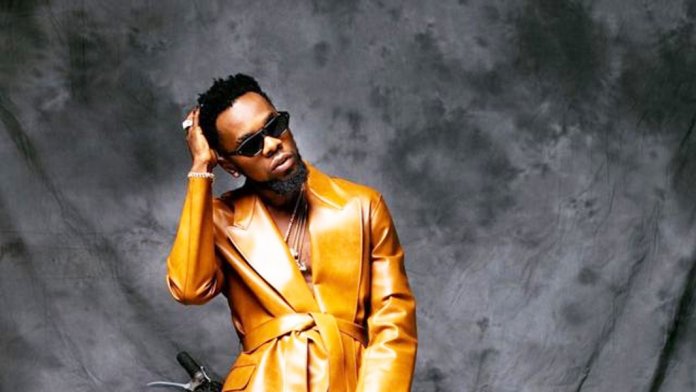 Patoranking’s new body of work, ‘Three’, which comes exactly one year and three months after his sophomore album, holds a lot of meanings to the reggae/dancehall superstar, writes Ferdinand Ekechukwu

32 days to the release of Three. That was how singer/songwriter, Patrick Nnaemeka Okorie popularly known as Patoranking surmised it as he announced via a post that his third studio album release comes this month. Aptly titled “Three”, the 12-track album, which is his third and marks a milestone in his personal and music career will drop on August 28 as confirmed by the singer via the post.

The reggae-dancehall music act had shared a video on Instagram introducing fans to the new body of work a couple of days back. “Three out in 32 Days #Three #Threethealbum,” he intoned. The album will be released exactly one year and three months after his sophomore album – Wilmer which was dedicated to his first child. Three will feature star singers including Tiwa Savage, Flavour, Sauti Sol and King Promise.

No artwork and tracklist released yet but he shared a video on YouTube to create alert and publicity. Since he burst onto the music scene in 2012, the Jamaican style singer has had nothing but a steady ascent to the top, two successful albums, God Over Everything and Wilmer. The ‘Waya say’ artiste released his debut album “God Over Everything” in 2016 that had collaborations with Phyno, Olamide, Wizkid and more.

However, in 2019, Patoranking dropped his second album “Wilmer” which featured the likes of Dadju, Davido, Busiswa from South Africa and other great talents. The sophomore album debuted at number five on the Billboard Reggae Chart and also happens to be a title track of his ode to his daughter, Wilmer. With ‘Three’, the ‘Alubarika’ crooner is set to burst speakers with some spanking new tunes. The album theme is Love Life and Happiness.

This latest body of work from the Africa A-list superstar holds a lot of meanings, “from being his 3rd album in his 3rd decade as he marked his 30th birthday in May, to representing the energy of kindness, joy, creativity, imagination and growth which we all agree is reflected in his personal life and career,” reckoned a statement from the singer’s promoters.

In the music scene, the singer has a new remix of Bob Marley’s legendary hit ‘One Love’ for Unicef with The Amplified Project and various artistes across the globe.

The singer sang alongside top artistes as well as the reggae legend’s family members. Patoranking recently made the news after announcing a full programme scholarship which he recently unveiled. It would be recalled that the singer a few months announced that he would be giving back to society by giving scholarships to those who can’t afford to pay their fees. Pato partnered with the African Leadership University to launch the ALU Patoranking Scholarship which aims to fully cover education and accommodation expenses for selected beneficiaries.

Even with the continuous spread of the coronavirus, the Amari Musiq boss vowed to fulfill his promise and in a new Instagram post, he confirmed that 10 Africans had been selected for scholarships. According to him, they were selected from the hundreds of applications from exceptional young people across Africa. The students will be schooling at the Rwanda and Mauritius campuses of the ALU.