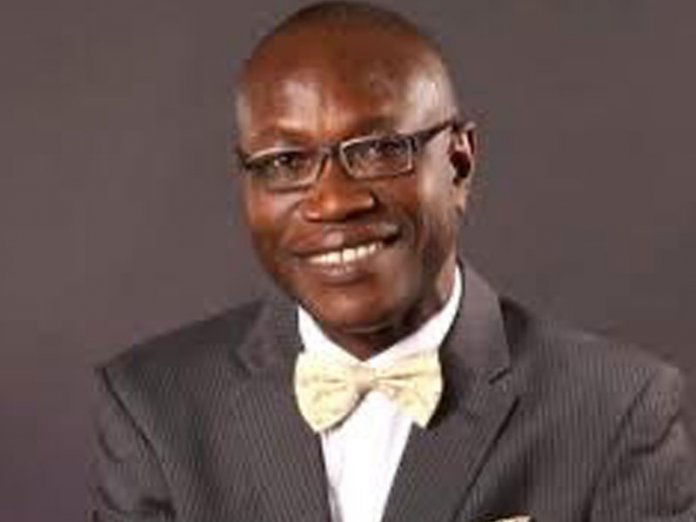 In this piece, James Emejo tasks the new leadership of the Nigeria Export Processing Zones Authority (NEPZA) on the need to bring sanity to the various export processing zones across and practically support the diversification objectives of the present administration

There is no gainsaying that free trade zones are critical to the economic diversification of the administration of President Muhammadu Buhari, who had promised to create over 100 million jobs for Nigerians amidst a crippling unemployment rate currently at 23.1 per cent according to the National Bureau of Statistics.

Sadly, out of the over 42 economic zones scattered across the country, only 20 free trade zones are reportedly active while 20 others are adjudged to be inactive, according to NEPZA.

No doubt, some of the zones have been victims of under-funding and lacked the capacity to attract private investors to develop the facilities which lack basic infrastructure and other amenities.

Also, political interference and vested interests as well as poor administration could be identified as factors further militating against the performance of economic zones.

Lately there had been issues over alleged regulatory overlap between agencies of government notably NEPZA and the Oil and Gas Free Zones Authority (OGFZA)- both of which claim to have the statutory powers over the zones.

According to the erstwhile acting Managing Director of NEPZA, Mr. Bitrus Dawuk, periodic interference of other government agencies in free zone operations, overtly stringent or impromptu government fiscal and monetary policies as well as an outdated legal framework which had existed for over twenty years, all constitute barriers negating efforts in attracting and retaining investors in free trade zones across the country.

Only recently, NEPZA whose core mandate is to establish, license, regulate and operate highly efficient free zones by providing a highly competitive incentive scheme, excellent support facilities and service for the purpose of creating an enabling environment for export manufacturing and other commercial activities- have been at loggerheads with another sister agency- the Oil and Gas Free Zones Authority (OGFZA) which is the national regulatory agency superintending over the operation of the oil and gas free trade zones in the country.

The unhealthy relationship between the supposedly regulatory agencies had already caused a wide divide among some of the operators in the zones, leading to a polarised entity.

Some oil and gas firms recently expressed their grievances over alleged attempt by the current leadership of OGFZA to regulate the oil and gas operations within Snake Island Integrated Free Zone (SIIFZ).

The issue pertained to which between NEPZA and OGFZA legal rights to regulate oil and gas entities located within the SIIFZ.

Yet, there are other sundry issues which tend to undermine the realisation of the noble objectives of free trade zones.

Also recently, Speaker of the House of Representatives, Hon. Femi Gbajabiamila, emphasised the need for the country to ensure effective and efficient functioning of the Export Processing Zones in the buildup towards the implementation of the African Continental Free Trade Area Agreement (AFCTA) which is scheduled to kick off by January 2021.

According to him, Nigeria must as a matter of national emergency ramp up industrialisation and manufacturing activities by repositioning the economic zones to attract foreign investments into the country. He stressed that efforts must be made to remove all bottlenecks in the way of functional EPZs going forward in order to be fully prepare for the AFCTA as well as generate massive jobs for the unemployed youth and enhance our foreign earnings.

There are concerns that the country may turn out to be a mere dumping ground for products from other country if at the implementation of AFCTA next year local manufacturing was not boosted particularly through the economic zones.

These are some of the myriad of problems being inherited by the new Managing Director of NEPZA, Prof. Adesoji Adesugba as he seeks to sanitise and position the country’s economic zones for optimal performance and delivery on line with the diversification objectives of the federal government.

Buhari had in late June approved the appointment of the accomplished specialist in Investment Promotion and Economic Development, who is also lawyer and a veteran of business promotion within and outside the country.

Adesugba’s choice as NEPZA boss has undoubtedly elicited hope among trade ministers, heads of Ministries, Departments and Agencies (MDAs), embassies, private organisations, captains of industry and individuals who welcomed him with open hands, describing him as one who has the magic wand to liberate the free trade zones and boost their potentials.

However, analysts believed that the success of the NEPZA boss will be determined by his ability court a health staff and investor relationships as well as make the free trade zones attractive to investors.

They also believed that his ingenuity to facilitate the development of infrastructure in the zones will be a game changer.

Speaking to THISDAY on expectations for Adesugba, former Director General, Abuja Chamber of Commerce and Industry (ACCI), Dr.Chijioke Ekechukwu three factors will shape his success particularly a commitment to continuously train all levels of staff of NEPZA as there appears to be paucity of depth of knowledge across board.

Ekechukwu said there should be massive promotion and publicity of the activities of the trade zones in order to attract awareness and participation, stressing the need to have a good investor relationship.

He said:”When investors are satisfied, they will in turn attract other investors and the free zones will develop consequently. We need to take our dominant trade position in Africa and use the Free Trade Zones to take advantage of the ACFTA.

“The Free Trade Zones have capacity to turn Nigeria to a Trade hub of Africa. Unfortunately the purpose of their establishment is not being met as they don’t optimise their potentials. I have no doubt that the new MD/CEO of NEPZA will do well considering his antecedents in the public sector and at the Abuja Chamber of Commerce and Industry.”

Uwaleke said: “It goes without saying that Free Trade Zones represent veritable channels of economic diversification as the experiences of countries like China and the UAE have shown. This is particularly so for a country such as Nigeria in dire need of diversifying the economy away from crude oil.

“Since the advent of FTZs in Nigeria in 1992, quite a number has been established. Yet, their impact on the economy has been relatively insignificant especially with respect to attracting the much needed foreign direct investment.”

According to the former Imo State Commissioner for Finance: “Apart from Onne, understandably being an oil and gas free zone, Lekki FTZ and a few others, most FTZs, in my view, are performing at sub-optimal levels including that of Calabar.

“So, the challenge is not that fiscal incentives are in short supply. I am aware that such free zones enjoy tax-free imports of raw materials as well as exports of finished products. In addition, foreigners are permitted to retain 100 per cent ownership of their companies.

“The real challenge lies in the fact that most of the FTZs lack enabling infrastructure such as power, water, and transport. Incentives alone don’t make FTZs. The success stories of these special business areas in many countries of the world have more to do with state-of-the art infrastructure especially power as well as rail and roads that easily connect the ports.”

Uwaleke said:”I think the management of NEPZA should focus on upgrading infrastructure including through PPP arrangements. I also think a lot needs to be done in the area of creating awareness of the opportunities available in the Nigerian FTZs and the role of NEPZA.

“The NIPC and the NEPZA should scale up efforts in marketing their activities globally to foreign investors.”

It is, however, noteworthy that Adesugba has during his initial statements after assumption of office demonstrated his commitment to achieve results.

During an interactive meeting with executive officers of free trade and special economic zones, he had vowed to sustain an active and result-oriented stakeholders’ engagement going forward.

This experts believed will help resolve the current divisions among stakeholders.

Adesugba noted that the challenges facing efficient operations of the zones could only be resolved by productive engagement among agencies with mandate touching on the sub-sector.

According to him:”I understand all the knotty issues you are facing. I am committing myself to a well-structured interaction and collaborative partnership with the Customs service, Immigration, FIRS and all sister agencies to iron out outstanding issues.

“Our first task is to go back to the basics of why the FTZs and SEZs were set up in the first place. We will then proceed to reviewing why the FTZs and SEZs must work at this critical time of looming economic recession. It will also interest all stakeholders to note our operating environment now with the imminent coming into force of AFCTA and associated stiff competition for Foreign Direct Investment.

“The zones must work because Nigeria must manufacture and produce goods for export now more than any other time. In a free trade regime, you must export goods or you become a dumping ground.”

He said: “For us to manufacture, we must enable investment by creating the right climate. If we do not create enabling environment, investors will head to other jurisdictions. More critically, we need the zones to create jobs and escape the building time bomb created by deepening unemployment. So we have good reasons why other stakeholders must listen to resolve the operational challenges facing the FTZs and SEZs.”

He had further committed to scaling up the authority’s compliance level in ethics and governance in line with federal government specifications on ease of doing business.

Nevertheless, going by the federal government’s latest assurances that it had commenced a process that will lead to the review of the legal framework of the Oil and Gas Export Free Zone Authority (OGFZA) Establishment Act 05, to better reposition the agency for optimal performance and maximise opportunities for the country, one could only hope that better times are indeed ahead for the economic zones and the country in general.

According to the Minister of Industry, Trade and Investment, Mr. Niyi Adebayo, the Act required “serious look over to remove ambiguities and inconsistencies in order to achieve clarity and enhance effectiveness.”