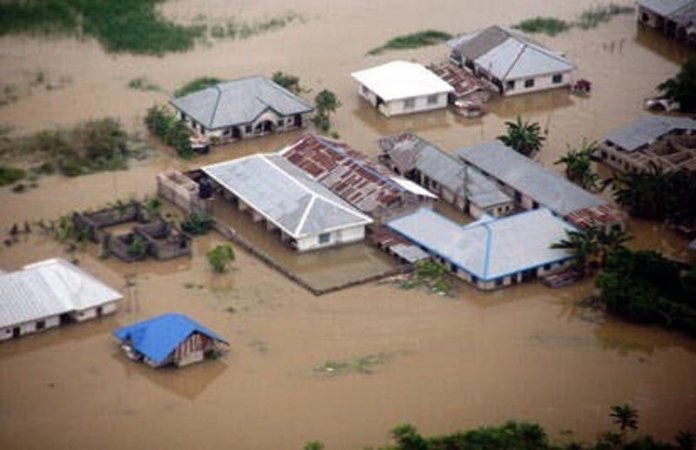 No fewer than 15 houses and farmlands have been submerged by devastating flood in Abari, a riverine community in Patani Local Government area of Delta State.

Hundreds of residents were also reported to have been displaced from the community since their houses were also on the verge of being washed away.

THISDAY gathered that the community has been witnessing intermittent rainfalls in the past two weeks which worsen the flooding situation in the area.

The National President of Abari Improvement Union, Mr. Peter Pibowei, confirmed to journalists yesterday that the community has been going through untold hardship since the beginning of rainy season, and called on the federal and Delta State Governments to come to their aid.

According to him, “As I am talking to you, hundreds of persons are now homeless and many more houses are on the verge of being washed away by devastating erosion if urgent steps are not taken by the appropriate authorities to arrest the situation.”

Pibowei disclosed that series of appeals were made to the Niger Delta Development Commission (NDDC) and other relevant government agencies concerning the erosion encroachment and devastation in the community, noting that it was only NDDC that responded last year by sending a team to assess the situation.

“It was only NDDC that made effort when it sent its team in May 2019 to assess the situation, and promised to award contract for the construction of shoreline protection and jetty, but up till now, no construction has been carried out.

“We have also made appeals to the Delta State Government through letters with pictures of the devastation, but the state government is yet to respond to our request. Several publications were also made to draw the attention of the federal and state governments to the plight of Abari community, but all to no avail,” he lamented.

Pibowei, however, renewed their appeal to the federal and state governments to rescue them from being wiped out by the flood menace by constructing shoreline protection to put an end to the hardship and devastation cause by the erosion and perennial flood in the community.