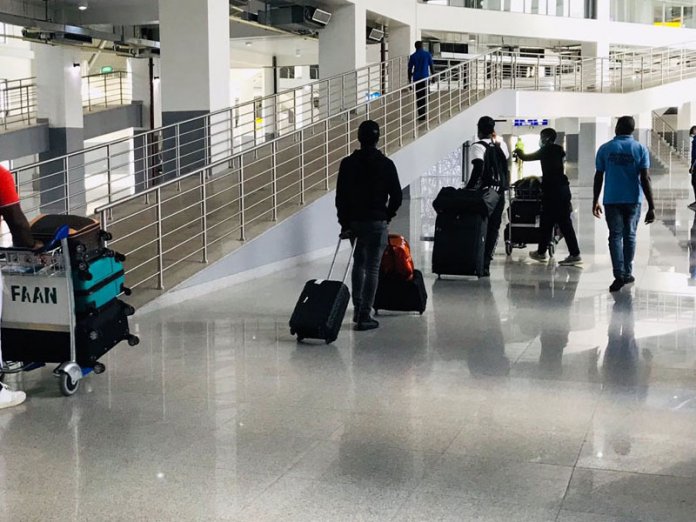 No fewer than 289 Nigerians stranded in the United States have returned home.

An Ethiopian Airlines plane conveying the evacuees took off from New Jersey on Tuesday night and was expected to land at Nnamdi Azikwe International Airport, Abuja yesterday.

This is the fourth evacuation flight, which brings to 1,095, the total number of stranded Nigerians so far repatriated by the Federal Government from the US.

Two families of seven were dropped from this flight, according to the Consul General of Nigeria in New York, Benaoyagha Okoyen.

Okoyen said they were denied boarding for failing to present COVID-19 test results, which is a key requirement for the flight.

FG has approved two more evacuation flights, scheduled to depart from Texas and New Jersey on July 31 and August 7 respectively.