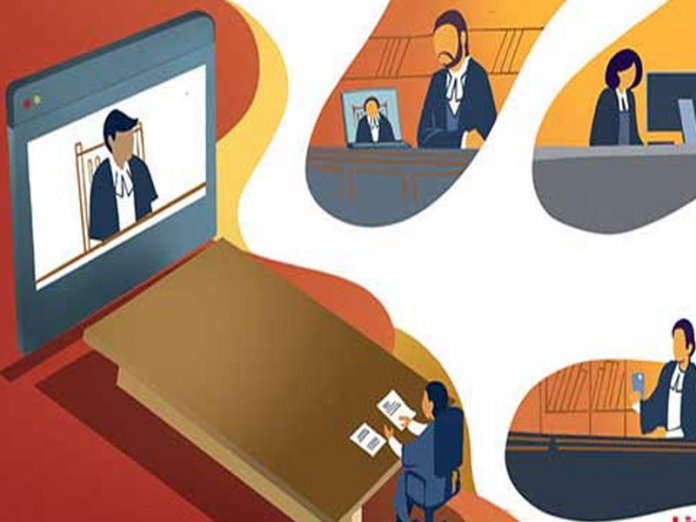 The Supreme Court Ruling on virtual court proceedings handed down on 14th July, 2020, is an Advisory Opinion in every sense but name. A seven-man panel of the Supreme Court (as is constitutionally mandated when invoking its original jurisdiction) led by Justice Olabode Rhodes-Vivour held that, the suits filed by both Lagos and Ekiti States seeking an interpretation of the constitutionality of virtual court proceeding, was premature.

Advisory Opinion in Other Common Law Countries
Advisory Opinion is a common feature, in most Commonwealth Countries. In India for example, the President of India can request the Supreme Court of India to provide it with advice on certain matters. This procedure is called “Presidential Reference”. However, it is not binding on the Supreme Court to answer questions raised in the reference.

Article 143 of the Constitution of India provides:

“1. If at any time it appears to the President that a question of law or fact has arisen, or is likely to arise, which is of such a nature and of such public importance that it is expedient to obtain the opinion of the Supreme Court upon it, he may refer the question to that Court for consideration and the Court may, after such hearing as it thinks fit, report to the President its opinion thereon.

The High Court of Australia is prohibited by the Constitution of Australia, from issuing Advisory Opinions; a binding determination requires a controversy between two parties. The Supreme Court here in Nigeria appears to have adopted the Australian position by pointing out that the issue at stake is premature, since there is no existing controversy between any party before the Court, and although the 1999 Constitution does not empower the Supreme Court to give Advisory Opinion, it does not specifically prohibit them from doing so either, and some may argue that giving Advisory Opinion is within the inherent powers of the Supreme Court.

Section 232 (1) of the 1999 Constitution (as amended) states that:
“The Supreme Court shall, to the exclusion of any other court, have original jurisdiction in any dispute between the Federation and a State or between States if and in so far as that dispute involves any question (whether of law or fact) on which the existence or extent of a legal right depends”
The legal rights of Olalekan Hameed depend on a correct interpretation of the law, and as such, the Attorney-General of Lagos State was right to seek an interpretation of the law at the Supreme Court in accordance with Section 232(1) of the 1999 Constitution. The Supreme Court could have perhaps, excluded sentences of death from virtual court proceedings for the time being.

Conclusion
A lot has been said about the constitutionality or otherwise of virtual court proceedings, and the Supreme Court is perhaps, right overall to encourage it without necessarily handing down a binding judgement/ruling at this point in time. Section 36(3) and 36(4) of the 1999 Constitution, both make reference to the need to hold court proceedings in public. However, what does public mean? Significantly item 66 of the exclusive legislative list allows for-

It was Lord Denning who once said:
“Law does not stand still. It moves continually, once this is recognised then the task of the Judge is put on a higher plane. He must constantly seek to mould the law, so as to serve the needs of the time. He must not be a mere mechanic, a mere working mason, laying brick on brick without thought for the overall design. He must be an architect – thinking of the structure as a whole, building for society a system of law which is strong, durable and just. It is on his work that civilised society depends”.

Now that the Supreme Court has voiced an opinion on virtual court proceedings; apart from the need for a bill to amend the Constitution to include virtual court proceedings, it is also high time that the National Assembly empower the Supreme Court by passing an Act giving it original jurisdiction to give Advisory Opinions, pursuant to Section 232(2) of the 1999 Constitution. However, in order not to over burden the Supreme Court, it should be made optional as is the practice in India. Whatever the case, Advisory Opinion would almost certainly enrich and add value to the constitutional process.