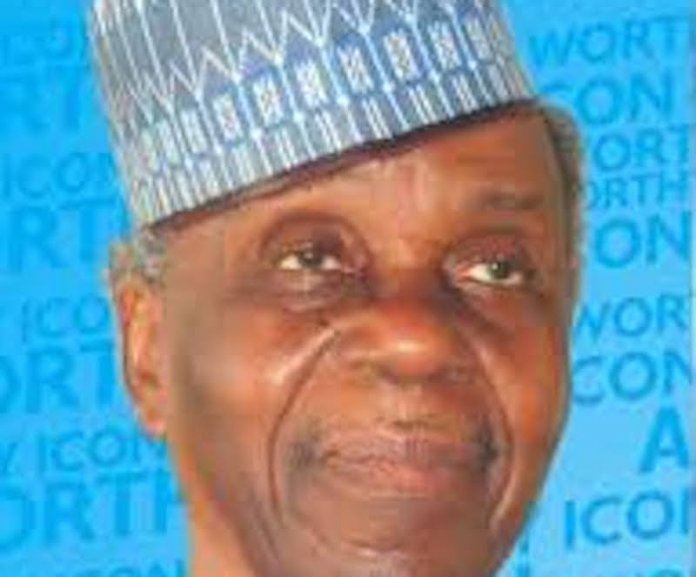 It is heartbreaking and there will be plenty of wailing; but unlike the trending deaths, Baba’s departure was neither gory nor premature. Alhamdulillah.

Tributes have been pouring on the great man. Even if you don’t know him, there is enough to read about his awesome legal, political and entrepreneurial conquests.

But I have chosen to pay tribute to Baba AGF from the prism of his illustrious children. They are a true reflection of the man’s grace, humility, candour, success and greatness. I have personal experience in this.

Start with Dr. Alimi AbdulRazaq. I supported his candidature and was with him on election day in 1999 when he was contesting for Kwara state governorship under the platform of the People’s Democratic Party. It was an audacious thing for me to do because I was a public officer (Chief Executive of the Kwara State Printing and Publishing Corporation, KWPPC) and political heavyweight Dr. Olusola Saraki’s All People’s Party (APP) was heavily favoured to win the elections in Kwara. I was with Dr. Alimi as results were coming in. He lost but it didn’t diminish his quest for political emancipation.

Dr. Alimi was pivotal to my election as a national officer (Deputy National Publicity Secretary) of the People’s Democratic Party (PDP) in 2001. He was the one who took me and my friend, late Ahmad Ahman- Pategi (former Kwara State PDP chairman) to Chief Tony Anenih’s residence in Abuja for endorsement. That visit sealed the fate of the high- level conspirators against my election.

Over the years, Dr. Alimi has remained so engaging in developmental discourse on Kwara. He is a good listener and very quick to acknowledge your goodness. He took particular interest in the manifesto that a team I headed worked on for then APC candidate, AbdulRahman AbdulRazaq. He calls regularly to express appreciation for what people do, sends goodwill messages to my family (especially his favourite, my son Abdulmojeed), shares his thoughts on and seeks information on Kwara and national matters. In today’s Kwara, Dr. Alimi is a steady hand and father figure.

Aunty Aira. That’s what I call Sen. Khairat AbdulRazaq- Gwadabe. She was an active Senator representing the Federal Capital Territory (FCT) during the period I was PDP national officer. I watched her from close quarters, including during the transition period for Gov. AbduRazaq. Very cerebral and respectable.

AA’s WhatsApp display photograph was (and still is) permanently AGF’s picture. You need no convincing about the father and son’s close relationship.

Mallam Isiaka AbdulRahman (MIA), incredibly, I don’t know much personally but his reputation as a Good Kwaran, facilitator of jobs, wealth creator and philanthropist is well- known in Kwara circles.

Through MIA, you will also know humility is a family trait. Early this year, we flew together on Overland flight from Ilorin to Lagos. He sat quietly at the back seat, alone, sipping coffee. I went to greet him and was saying he couldn’t see me in Ilorin again as promised. He didn’t say anything.

As soon as we alighted, I walked up to him and that was when he told me ” you are confusing me with my elder brother Dr. Alimi.” And then added these remarkable words: ” The Governor says a lot about the good things you are doing with him. The family appreciates .” I was travelling abroad that night and promised to call him on my return. I have not done that but I will now.

Hajia Aisha Mohammed Lawal is also a chip off the old block. They all just look alike(no pun intended). I was still Editor- in- Chief/ Chief Executive of The Herald Newspapers when she married then Governor Mohammed Lawal. I attended the wedding ceremony in the family house in Ilorin. I still saw the archived photographs of the event this week.
I served with Hajia Aisha on the handover committee that Governor-elect AbdulRahman AbdulRazaq set up. Her contributions were so informed and she conducted herself so humbly.

The youngest of the siblings, Abdulrauf, I don’t know but those who do say he shares the family traits and values.

If you are blessed with the children that AGF was blessed with- all successful in their chosen fields, all maintaining the sterling reputation of the Patriarch and the heritage of the family- you will live forever – in people’s memory.

I send my deep Condolences to the AGF family, the Ilorin Emirate and the Government and People of Kwara State.