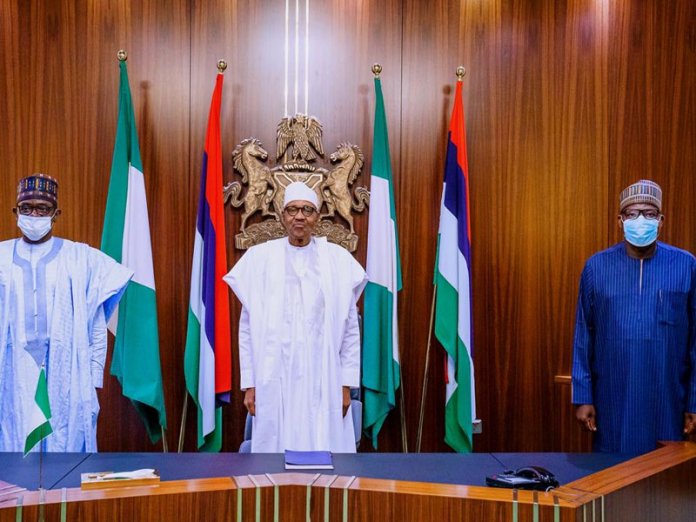 By Chuks Okocha and Omololu Ogunmade

Calculations for the 2023 Presidency, particularly regarding the significance of a northern Christian candidate, may have largely influenced the decision of the former Speaker of the House of Representatives, Yakubu Dogara, to return to the ruling All Progressives Congress (APC).

Sources said the permutations uppermost on the minds of the current leadership of the party, while pushing for Dogara to return to the APC, included the option of the former speaker being used as Christian running mate, in case the party settles for a Muslim Southern Presidential candidate in 2023.

The source said Dogara is also seen as a candidate that could be sold for the Presidency of Nigeria in the South, being a Christian, in case “the powers that be” decides not to cede power to the South.

“The forces controlling the APC view Dogara as a younger version of the current Secretary to the Government of the Federation, Boss Mustapha, who is also seen as a northern Christian option, in case they need to push a Christian candidate for the Presidency in 2023. Dogara in his early 50s is much younger than Boss Mustapha who will be close to 70 by then,” said the source close to the current leadership of the APC in Abuja.

Another source at the PDP national headquarters admitted recent disagreement between Dogara and Governor Bala Mohammed in his native Bauchi State, but said such was not the factor that influenced his defection to the APC.

The source, who has partnered with Dogara’s political camp in the last few years said: “Yes, it is positioning and there are two permutations in this. It is positioning to have a Christian as a presidential running mate from the Northeast in 2023, which is the easiest scenario.
“The second permutation is that should the Northern establishment be unwilling to cede power to the South in 2023, a Northern Christian with support from across geopolitical boundaries will be a masterstroke.”

It was gathered that Dogara was excited by these permutations and subsequently dumped the Peoples Democratic Party (PDP) yesterday, for the APC, the party he dumped in 2018 ahead of the 2019 general election.

In a swift reaction, the Peoples Democratic Party (PDP) said it remained a united party, “waxing stronger daily” and described Dogara’s defection as a personal one, while wishing Dogara the best in his new party.

Dogara was led to a meeting with Buhari by the Chairman of APC Caretaker/National Convention Planning Committee and Governor of Yobe State, Mai Mala Buni, who introduced him to Buhari as a returnee to the ruling party.

Dogara declined to speak with journalists after the meeting, but Buni who confirmed his defection to APC, said he and Dogara had paid a courtesy visit to Buhari in continuation of fresh efforts to rebuild APC.

When told that people would be surprised to see him visit the president along with Dogara, Buni said there was nothing to be surprised about, because the former speaker had officially returned to the party.

According to him, factors which led to his exit from APC in 2018 had since been nipped in the bud.
He said the president was happy to see Dogara return to the party as part of APC’s reconciliation efforts, and welcomed him back to the party.

Buni added that the party was currently contacting aggrieved members of the party, including those who had earlier dumped it and now willing to return.

He assured those aggrieved that the party leadership would ensure that justice prevailed in the rebuilding efforts.

He said: “They shouldn’t be surprised because the former speaker is a member of the APC and he is back because the reason he left the APC is no more there.

“He (the president) welcomed him. He’s happy with the development. That’s what he’s looking for. We are rebuilding the party and these are the steps we are taking towards rebuilding the party.
“Well, we are meeting all our aggrieved members particularly those who have interest in coming back to the party. They should feel free to do so. We are assuring them and there is no crime in double assurance.

Asked if the move did not imply strategising towards the 2023 presidential election, Buni responded in the affirmative.

However, he was swift to add that the rebuilding efforts would transcend preparation for 2023 general election.

Dogara’s defection marked the second time the ex-speaker would dump the PDP for APC.
He had first dumped the PDP in 2014 ahead of the 2015 general election along with nPDP members who defected to the newly formed APC.

APC is a product of the mergers of different opposition political parties and a dissident group from the PDP, known as nPDP.

Dogara dumped the APC for PDP in August 2018 ahead of the 2019 polls following the persistent acrimony which accompanied his emergence as the speaker of the House of Representatives against the wish of APC leadership in June 2015.

The National Publicity Secretary of PDP, Kola Ologbondiyan told THISDAY yesterday that there was no crisis in the party and therefore don’t know why Dogara dumped the party for the APC.

“It was his personal decision and we wish him well in this his decision. Our party remains one and indivisible, while also waxing stronger,” Ologbondiyan said.

It was however gathered that Dogara was having some problems with the party in Bauchi State and that the PDP leadership at the centre was working on the resolution before the former speaker suddenly appeared in the camp of the APC.

The PDP in Bauchi State says Dogara is yet to inform the party of his defection to the APC.
The state’s Chairman of the party, Alhaji Hamza Koshe Akuyam while reacting to reports of Dogara leaving the PDP in a telephone interview with THISDAY said the party was still expecting a formal notification from Dogara if indeed he had defected.

“We have not received any letter of him leaving our party and when you see him with the President, it’s normal because he was formerly Speaker of the House of Representatives, maybe there are some issues he wants to call his attention to, but when he makes his defection official to us, we shall comment on that. For now we are waiting to receive a letter from him,” He said.

Dogara had in 2018 left the APC for the PDP after a rift with the former governor of Bauchi State, Mohammed Abubakar.

The former speaker had only recently headed a screening panel of the PDP primary for the Ondo State governorship election.