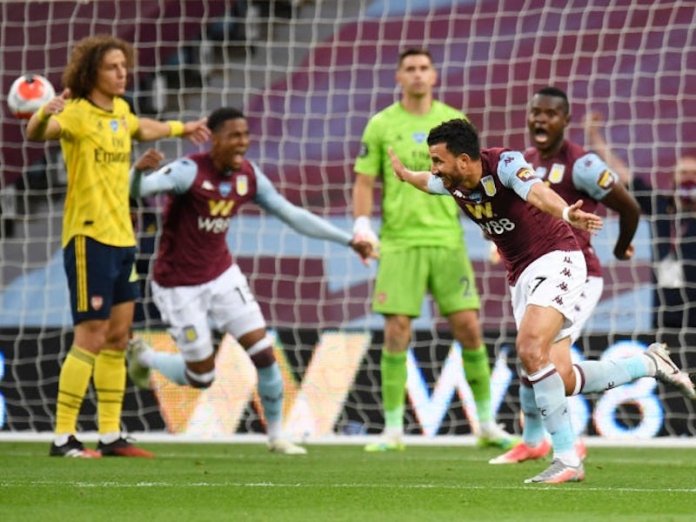 Aston Villa moved out of the Premier League relegation zone for the first time since 28 February, with one game to go, after Trezeguet’s priceless winner against Arsenal.

Trezeguet beat Emiliano Martinez with a powerful first-time finish after Tyrone Mings had diverted a corner into the Egypt international’s path to lift his side above managerless Watford, who had started the day 17th before a heavy 4-0 home defeat by Manchester City, on goal difference.

Villa’s second win in three games sets up a dramatic final day at the bottom of the table on Sunday, which Villa will begin level on points with Watford and three points ahead of Bournemouth – with two of those three teams likely to go down.

Meanwhile, 16th-placed West Ham, who also play on Wednesday, still require one point to secure safety, although their goal difference ought to keep them up.

A 10th league defeat means Arsenal, playing in their first match since reaching the FA Cup final, will finish outside the top six for the first time in 25 years.

They can finish no higher than eighth after a disappointing performance by Mikel Arteta’s side, Eddie Nketiah going closest to equalising with a header which hit the post.

However, the Gunners will still have a big say in the relegation battle when they host Watford on Sunday.

During the match, a banner reading “Back Arteta Kroenke Out’ was towed by an aeroplane over Villa Park in reference to Arsenal owner Stan Kroenke.