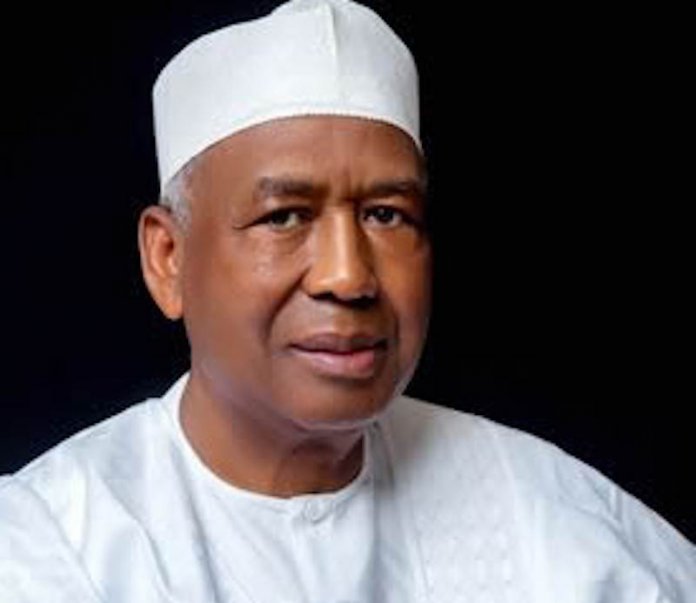 Isa Funtua died of cardiac arrest on Monday night. He was aged 78.

The Salat-al- Janazah, held before his burial at the Shehu Shagari Central Mosque, Area 1, Garki, Abuja, was preformed by the Chief Imam Area 1 Mosque, Sheikh Abdulahi Bala Yau, while prayer was offered at his graveside by the Chief Imam National Mosque, Abuja, Dr Kabir. He was laid to rest at 1.47pm.

Meanwhile tributes have continued to pour in for the late business mogul. President of the Senate, Dr Ahmad Lawan, described the late veteran journalist and businessman as a man of many parts who brought to bear his great intelligence, energy and integrity on everything he did.

Lawan, in a condolence message on Tuesday, said the late Funtua was a pioneer and trail blazer who established an authoritative national newspaper and a giant construction company through which he left indelible footprints on the physical and sociology-political landscapes of Nigeria.

Describing his death as a painful loss, the Senate President expressed his heartfelt condolences to the family of the late business mogul, community leader, social and political activist and nationalist.

“The news of the death of Mallam Isa Funtua left me with profound sadness. He was a man who touched many lives and impacted the development of Nigeria with his foresight, industry, enterprise, boundless enthusiasm, magnetism, friendliness and accommodating spirit.

“Mallam Isa Funtua made friends across tribe, religion, generation and class in Nigeria, and touched many lives in public service as well as in his private life,” Lawan said.

Speaker of the House of Representatives Hon. Femi Gbajabiamila, said Funtua lived a life full of service to humanity.

Gbajabiamila in a condolence message issued by his Special Adviser on Media and Publicity, Lanre Lasisi, prayed Allah to give his family, the people and government of Katsina State the fortitude to bear the irreparable loss.

Also, the Northern Governors Forum said the Isa Funtua distinguished himself in the journalism profession where he played critical roles for freedom of expression and the press.

The Chairman of the forum and governor of Plateau, Simon Lalong, in a condolence message by his Director of Press and Public Affairs, Dr Makut Macham, said Funtua’s death was a loss to the nation.

“This is a great loss to his family, the Northern Region and the entire nation considering his immense contributions to national development.

“He is one person that has built bridges among people of different ethnic, religious and political persuasions and also encouraged unity, peace and tolerance,” he said.